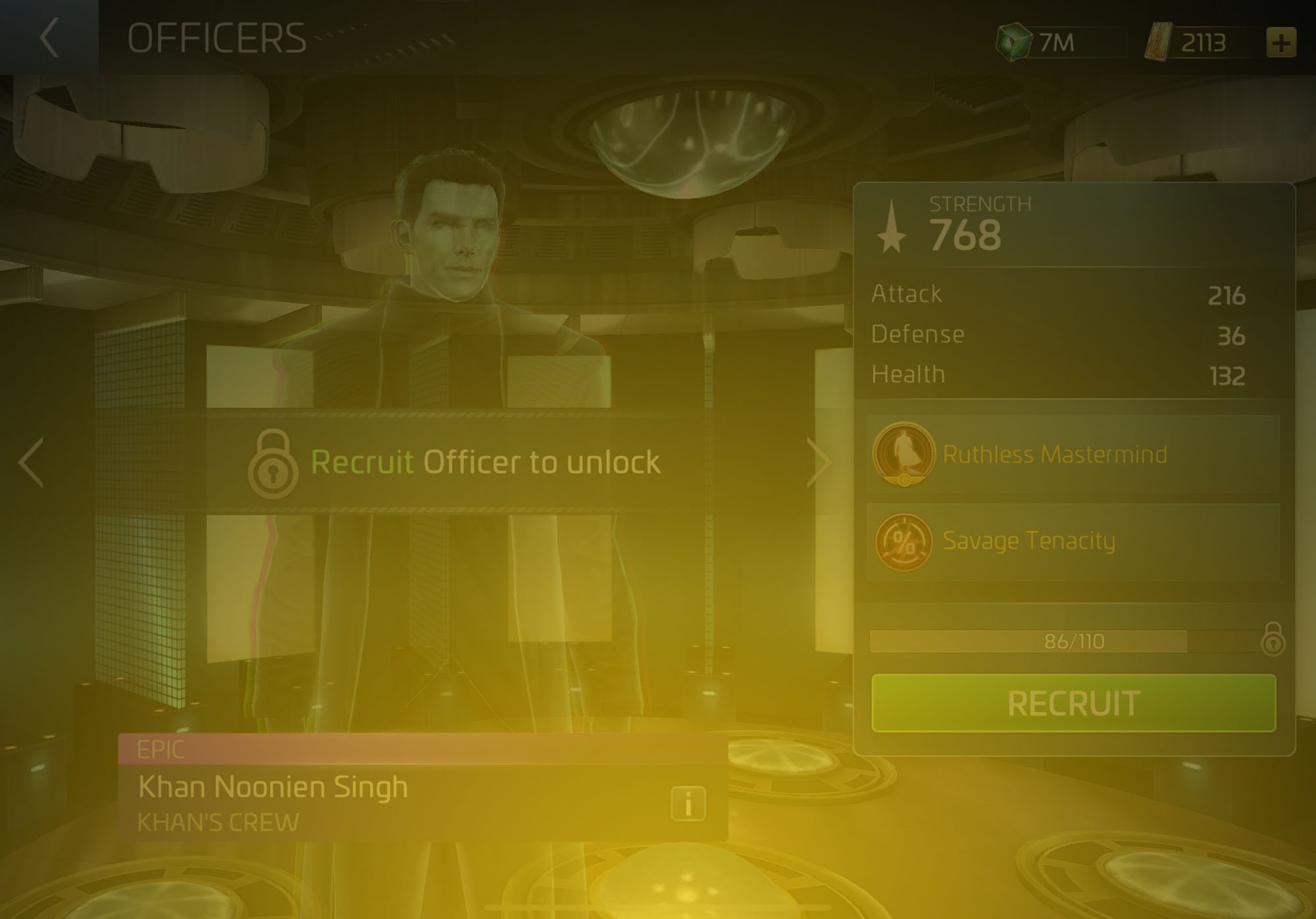 Khan Noonien Singh is one of the greatest threats that Starfleet and the USS Enterprise has ever faced. Khan is a genetically engineered human Augment, a product of the late-20th century Eugenic Wars which saw Earth dominated and almost destroyed.

After being driven from Earth in 1996, Khan and the rest of the surviving Augments drifted through space for almost 300 years. Frozen and unaware, it was by pure chance that they were happened upon by Admiral Marcus of Starfleet. Marcus stole Khan’s identity and wiped away all the memories of his Augment family.

When Khan reclaimed his memories, he killed Admiral Marcus and launched a one-man war on the Federation, only to be defeated by the crew of the USS Enterprise. Since then, Khan has lain dormant, frozen inside a Starfleet holding facility. Starfleet may think itself safe, but no prison can hold Khan Noonien Singh for long.

Captain Maneuver: Ruthless Mastermind
When attacking a Station, Khan has 50% chances of drastically reducing the mitigation of all opponent’s ships and defense platforms for two rounds.

Officer Ability: Savage Tenacity
Every time the Ship is hit by a Ship or Defense Platform weapon attack, Khan increases the Critical Hit Chances by 1% (cumulative).

(Weapons with multiple shots will only trigger this ability once per attack.)