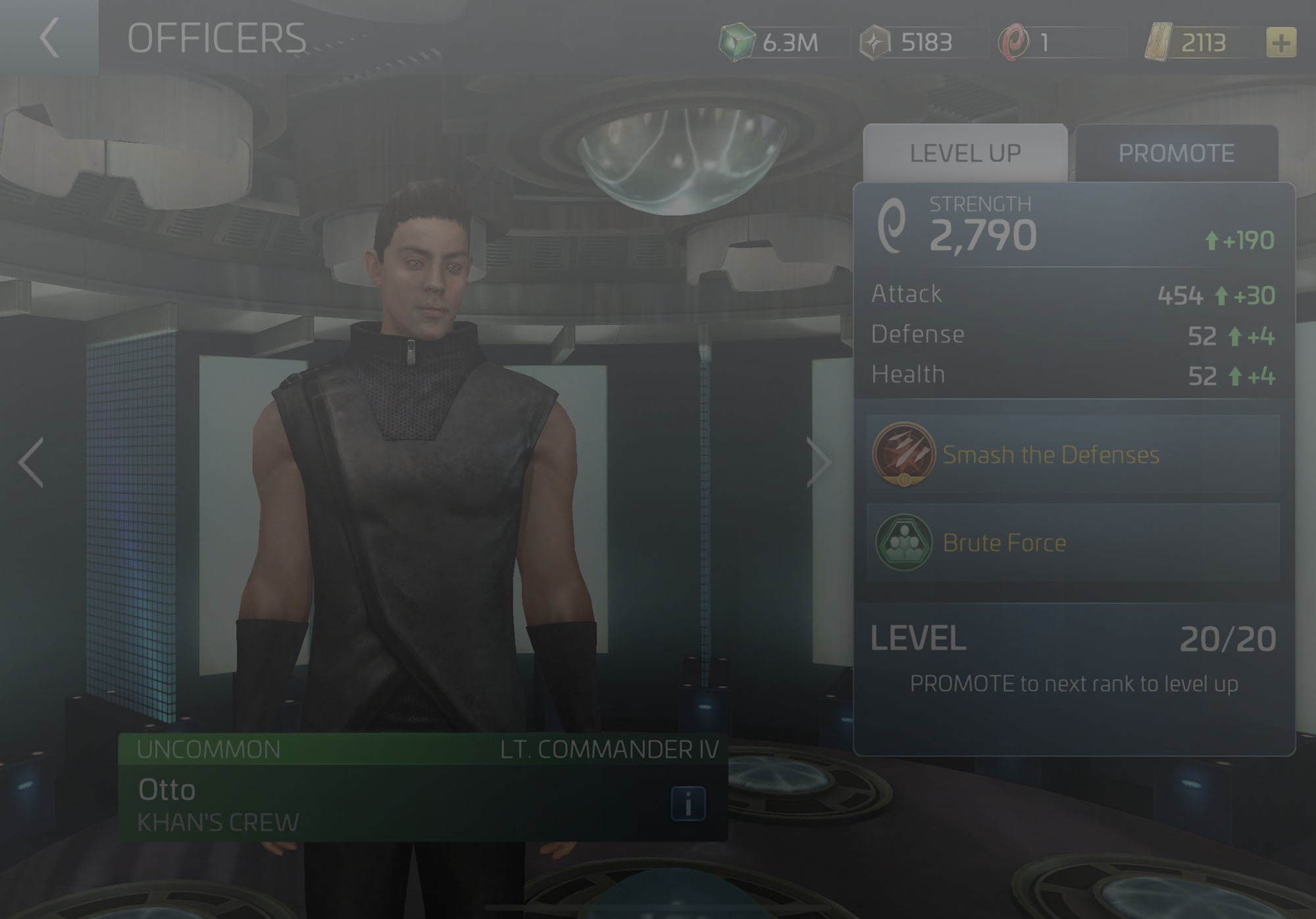 Otto is a genetically engineered human Augment and one of Khan’s most trusted lieutenants. Out of all of the augments, he has always been among the physically strongest. His tenacity, savagery, and ruthlessness are matched only by Khan himself.

Like the rest of his Augment family, Otto was put into a cryogenic sleep when they fled the Earth in 1996. He was not awoken by Starfleet. Instead, he was used as emotional leverage against Khan, a fact that enrages Otto to this day.

Now that he is free, Otto is eager to unleash 300 years of unspent aggression and bloodlust on an unsuspecting galaxy.

Officer Ability: Brute Force
+ Attack to every Officer on the Bridge of the ship