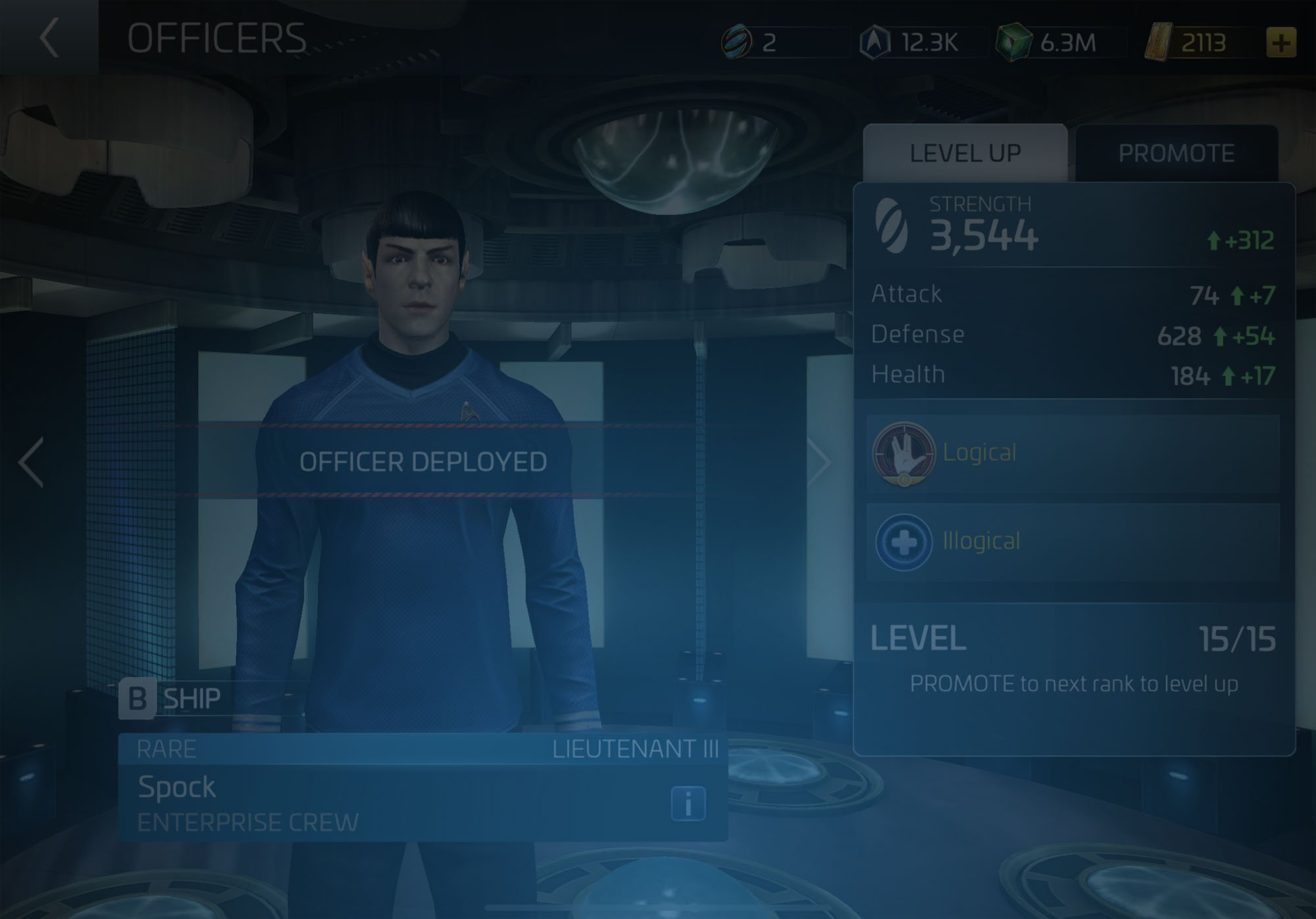 Spock is a half-Vulcan, half-Human Commander in Starfleet, serving as First Officer aboard the USS Enterprise. Spock began his career as an instructor at Starfleet Academy having refused an invitation to join the Vulcan Science Academy, where he created the infamous Kobayashi Maru test simulation.

Spock witnessed the destruction of his homeworld, Vulcan, first-hand while assisting in a rescue attempt. He briefly took the Captain’s chair of the Enterprise before relinquishing the position to James T. Kirk. Since then, Spock has been Kirk’s trusted Commander and Chief Science Officer.

Spock has had the paradoxical honor of being acquainted with his older self, albeit from a parallel reality, whom he has turned to for guidance on occasion.

Captain Maneuver: Logical
+15% to the ship’s Accuracy at the start of each Round

Officer Ability: Illogical
25% of total Officer Defense on the ship restored to the Shield when having Morale