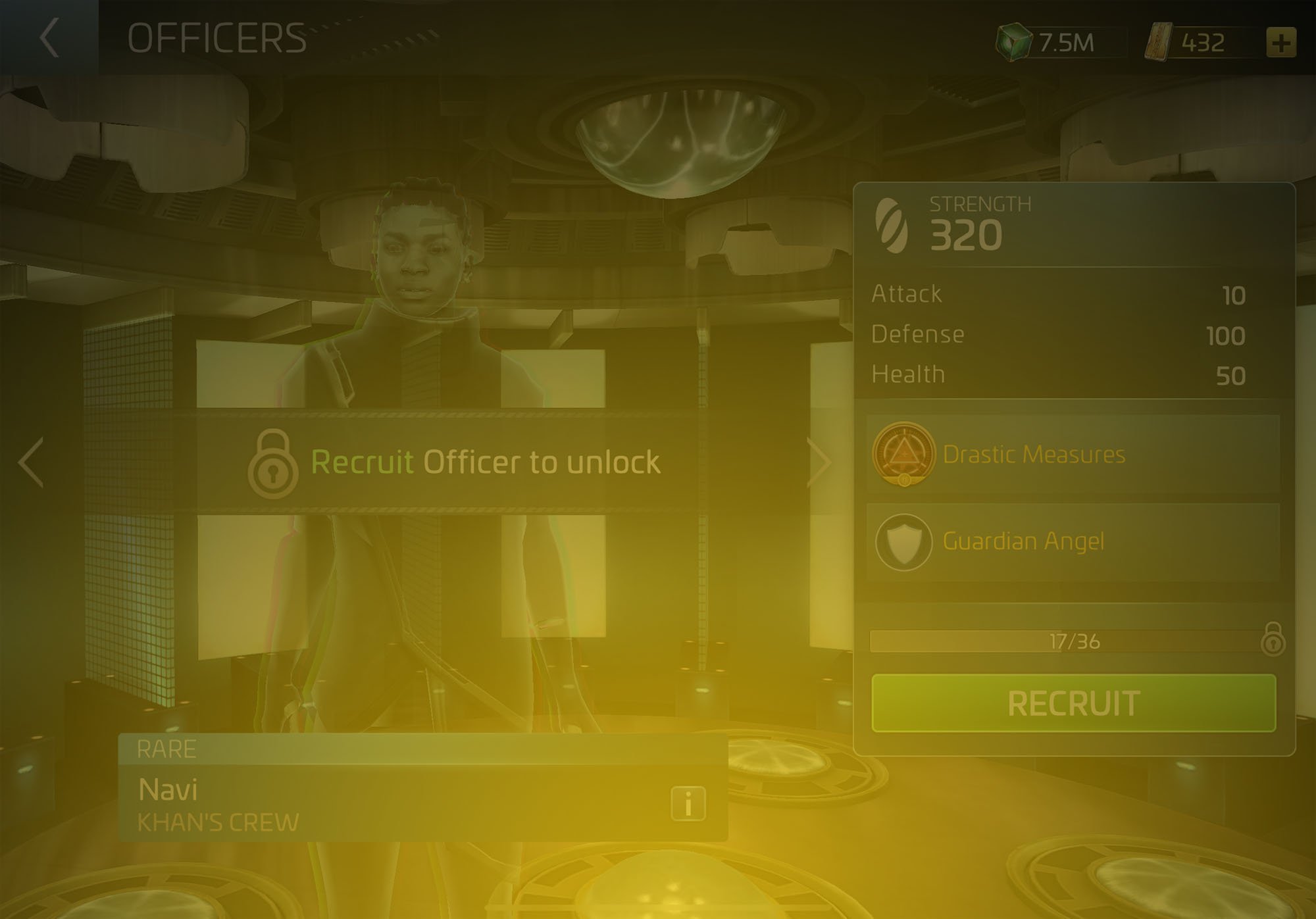 Exceptional from birth, Navi was one of the chosen few to be subjected to the Augment experiments of the 1990s. However, unlike many of her fellow subjects, she managed to retain her humanity, compassion, and level-headedness.

Navi and Khan quickly became friends during the experiments and their subsequent training. Where Khan was equal parts calculating and raw fury, Navi was compassionate and calm. She acted as a positive influence on Khan and was often the only one who could talk him down.

After Khan freed Navi from her cryosleep, she saw immediately that he was in desperate need of her counsel. He had become consumed by rage and his desire for vengeance. Only she could pull him back from the brink of darkness.

Of course she is still willing to bend the rules as necessary, if it means that she can better serve Khan and her Augment family, so long as it does not involve cruelty or unnecessary violence.

Though she finds herself in a strange, hostile galaxy, she is determined to hold on to her most precious possession… Her kind heart.

Captain Maneuver: Drastic Measures
+20% to Critical Hit Damage when the ship has a Hull Breach.

Officer Ability: Guardian Angel
+% to Armor, Shield Deflection and Dodge when the ship has a Hull Breach