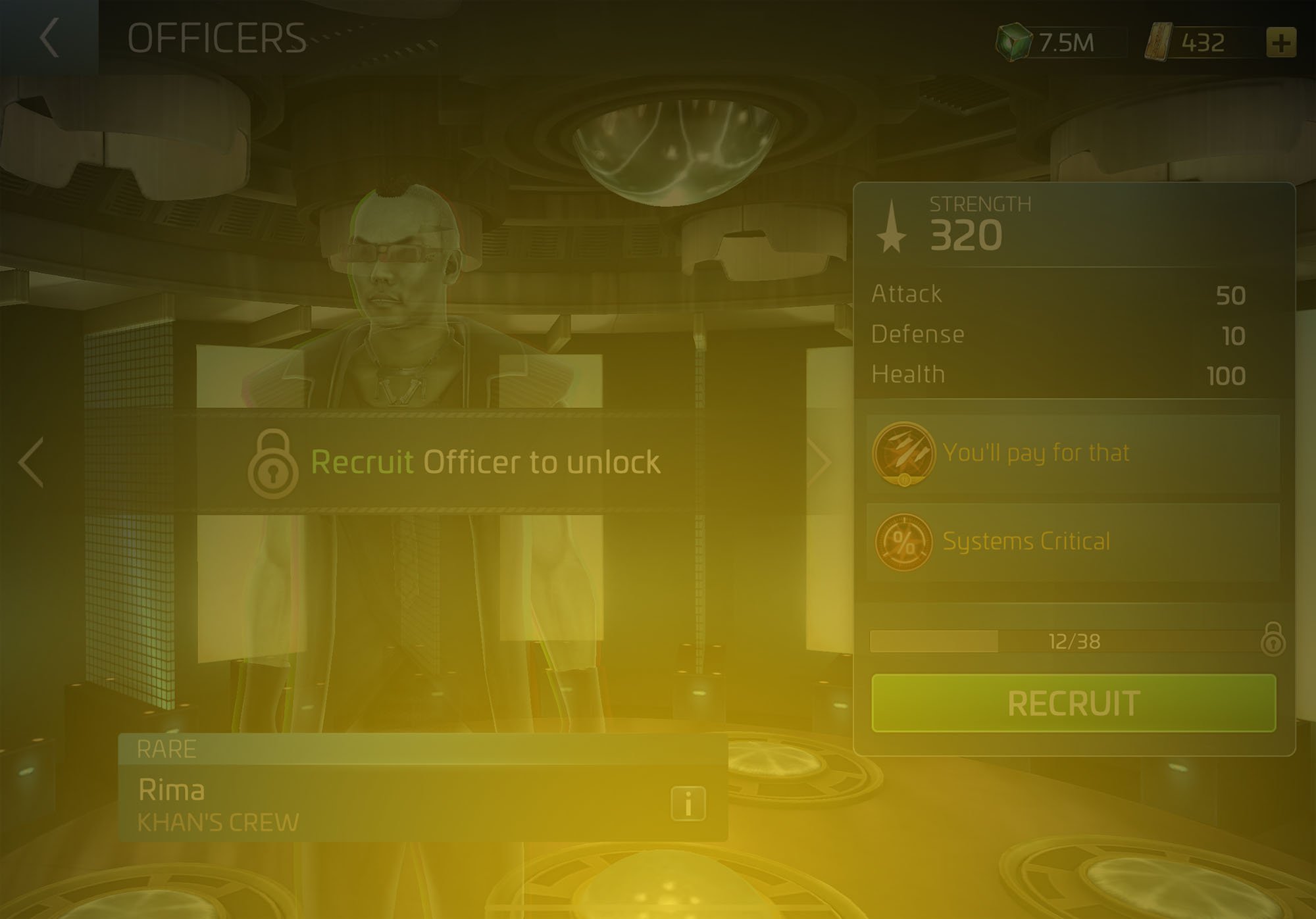 A billionaire in his previous life, Rima is the only human who voluntarily signed up to be part of the Augment experiments, believing himself to be a prime specimen for such procedures.

At the height of the Augments’ power, Rima committed himself to regaining the wealth he had lost along the way. He remained neutral during the Eugenics Wars, using stealth tactics and his natural cunning to stay alive.

However, once the humans started rounding up the last surviving Augments, Rima was faced with the reality that his horde of wealth was about to collapse yet again and soon found himself allied with Khan.

While he is still a loyal member of Khan’s crew, he has never lied about his true intentions: to rebuild the financial empire he once sat atop.

Captain Maneuver: You’ll pay for that
+40% to Damage when the ship has a Hull Breach

Officer Ability: Systems Critical
+% to Critical Hit chances when the ship has a Hull Breach