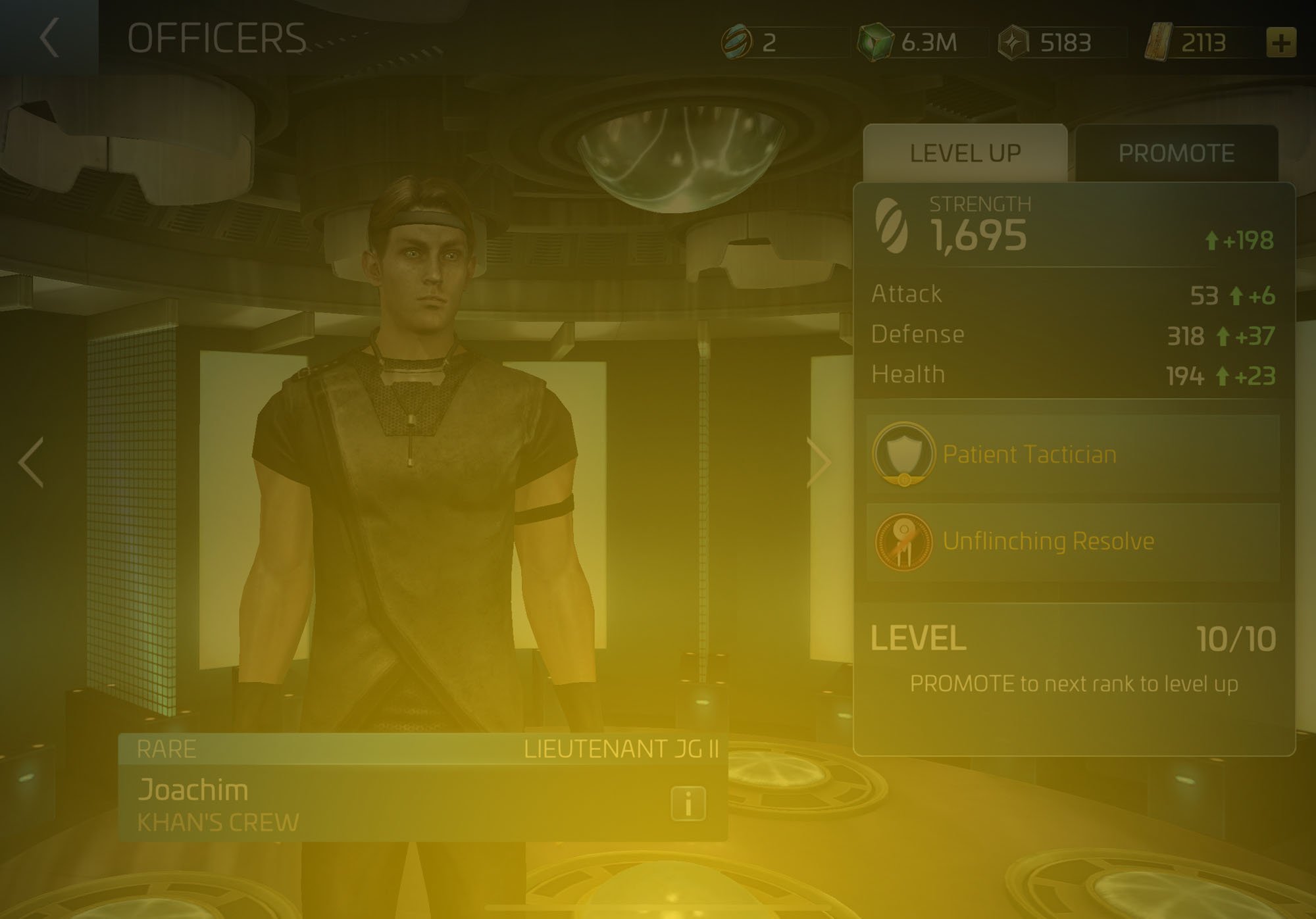 Joachim has been with Khan since the beginning when they were both selected for a top-secret genetic engineering experiment. Acting as a calm balance to Khan’s fury, Joachim found himself acting as his friend’s moral compass for many years. It was he who counseled for leniency, mercy, and kindness.

Joachim’s benevolent nature and merciful heart have not endeared him to the rest of the Augments. In their eyes, he is naive with the mind of a child but he has Khan’s ears and so demands their respect.

Despite his calm exterior, Joachim should never be underestimated. An expert in dozens of Earth’s martial arts and sparring partner to Khan himself, it is rare that Joachim is caught by surprise and even rarer that he is bested.

Captain Maneuver: Patient Tactician
50% chances to drastically increase the ship’s mitigation against a Station for the first round.