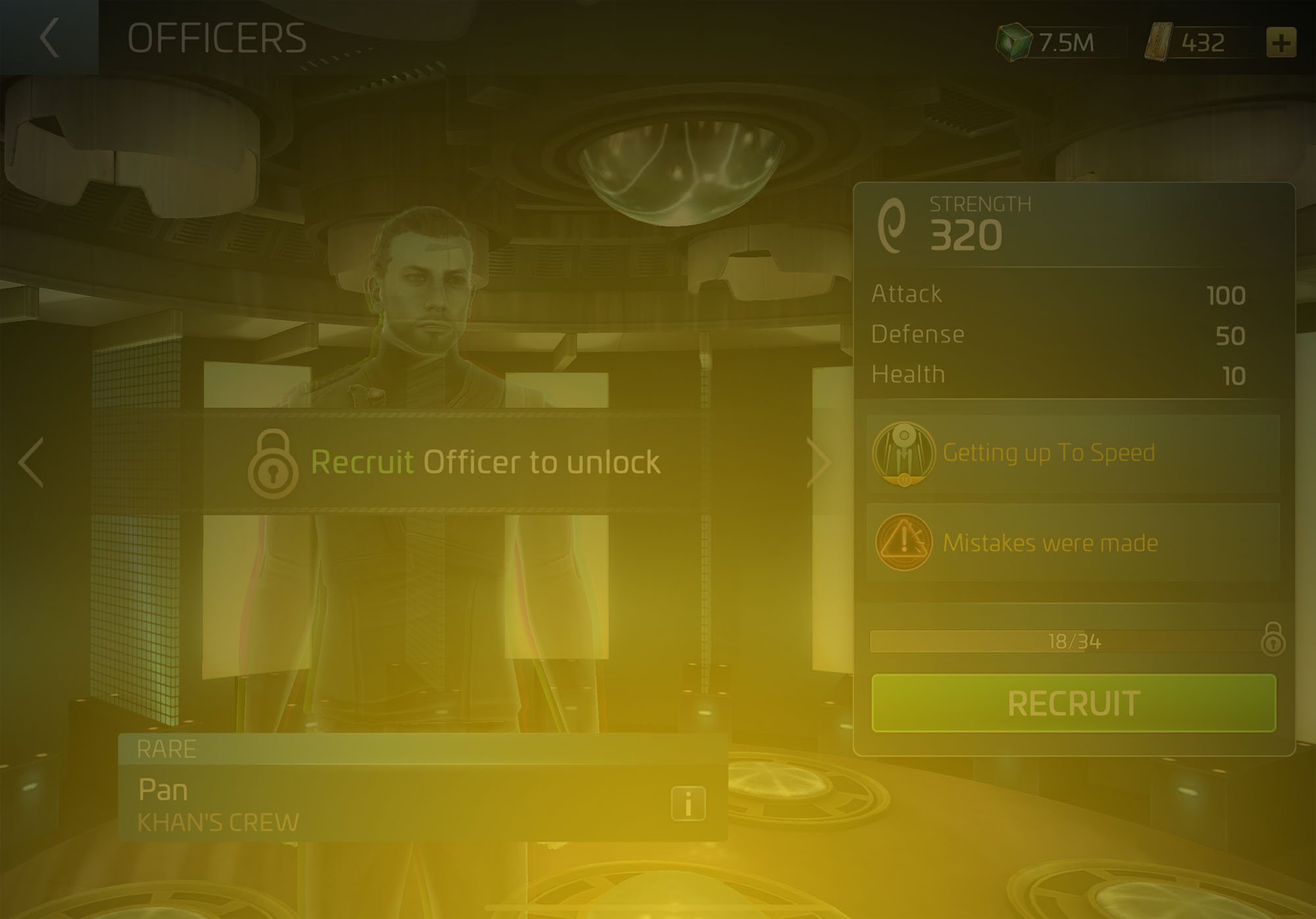 Pan, like all of the Augments, was taken from his family as a child and subjected to experimentation in the 1990s. However, Pan’s body reacted badly to the DNA resequencing. Where Khan and the other survivors were rewarded with heightened reflexes, incredible strength, and superhuman intelligence, Pan was left in a coma.

He was kept alive on life support while comatose, and was eventually saved and cryogenically frozen with Khan and the other Augments.

Now, he has been awoken from his coma, after two hundred years, to a completely new world and a startling new set of abilities. He has struggled to come to terms with his new skills and the vast array of incredible technologies this universe has to offer. He has even been known to cause catastrophic ship failures due to his lack of experience and general clumsiness.

Still, despite these flaws, Pan remains a loyal and trusted member of Khan’s family and they will stand beside him, for better or worse.

Captain Maneuver: Getting Up To Speed
+20% to Impulse Speed

Officer Ability: Mistakes Were Made
% chance to apply a Hull Breach on your own ship for three rounds 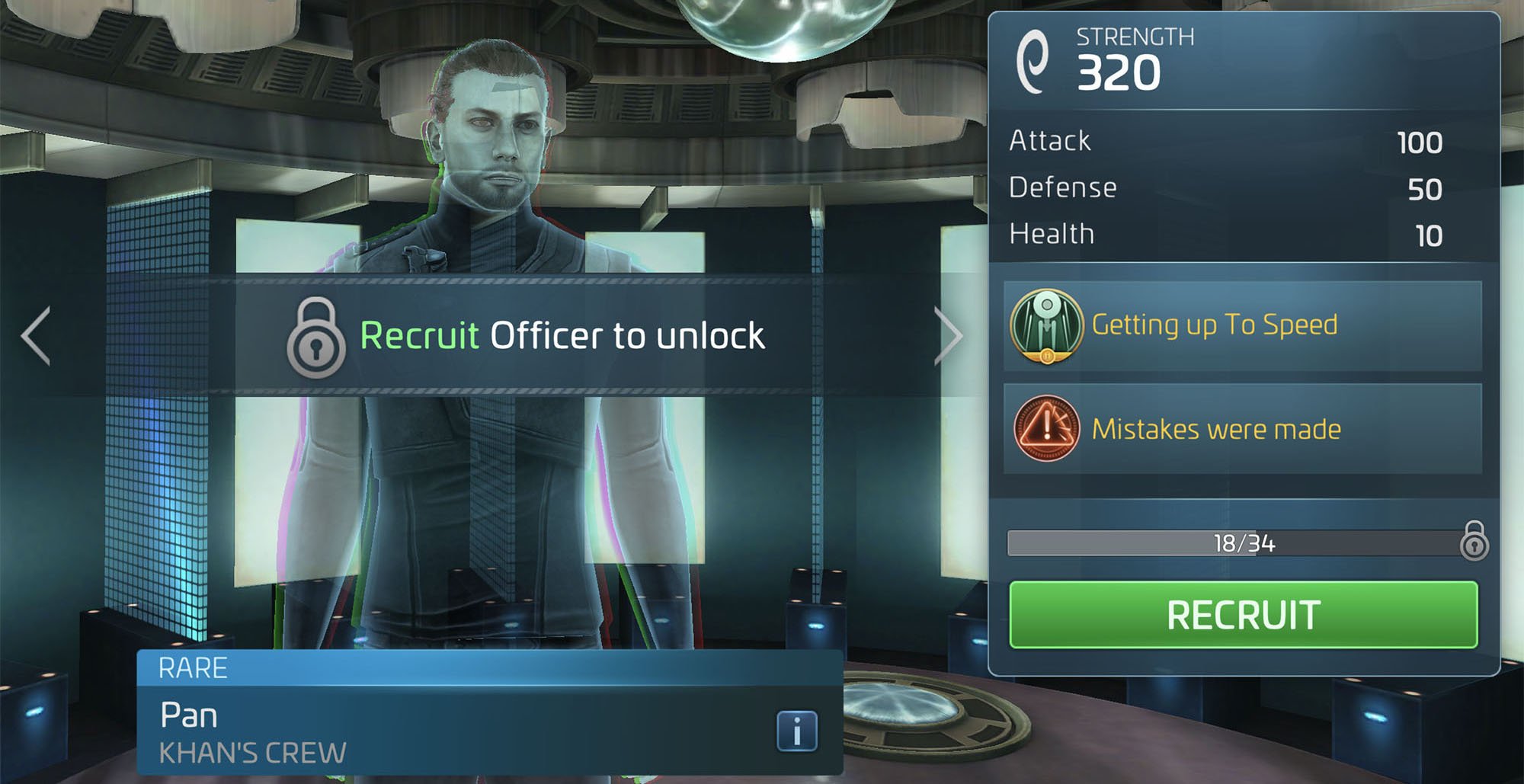