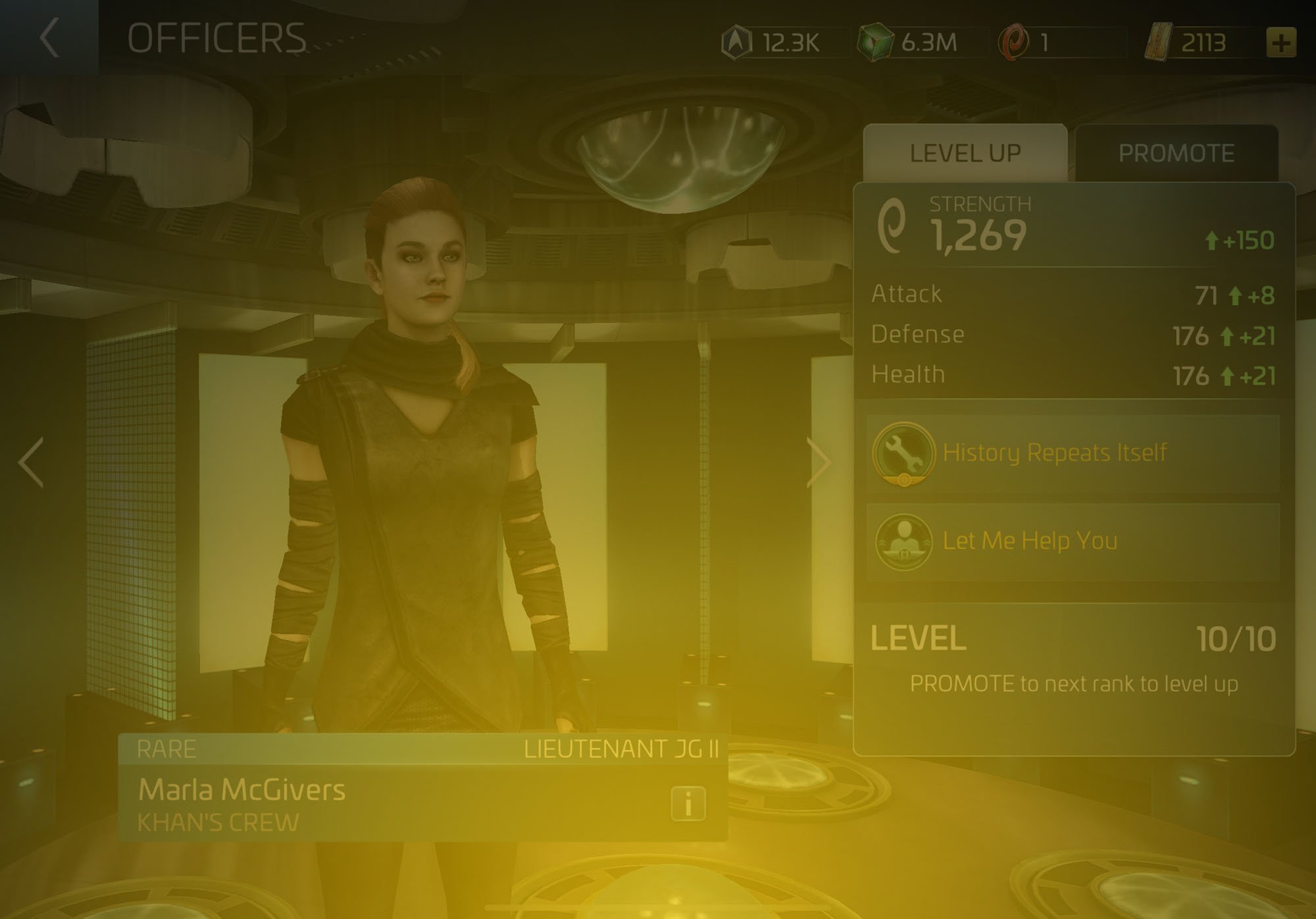 Marla McGivers was one of Starfleet’s top historians and a specialist in the late-20th century Eugenics Wars. This put her in a rather unique position; she is one of the only people in the galaxy to know of Khan’s true history.

Marla was appalled by Starfleet’s treatment of Khan during his trial and subsequent sentencing. To her, Khan was the greatest discovery in the history of the Federation. Shortly after Khan was imprisoned once more, Marla handed in her resignation. She couldn’t possibly stay with an organization that would spit in the face of discovery.

Marla now works with the Augments, attempting to act as their link to modern humanity. As the only one of them who truly understands this new galaxy, Marla has proven herself a valuable ally to the Augments.

Captain Maneuver: History Repeats Itself
+20% to this ship’s Repair Speed

Officer Ability: Let Me Help You
+ to this ship’s Captain stats