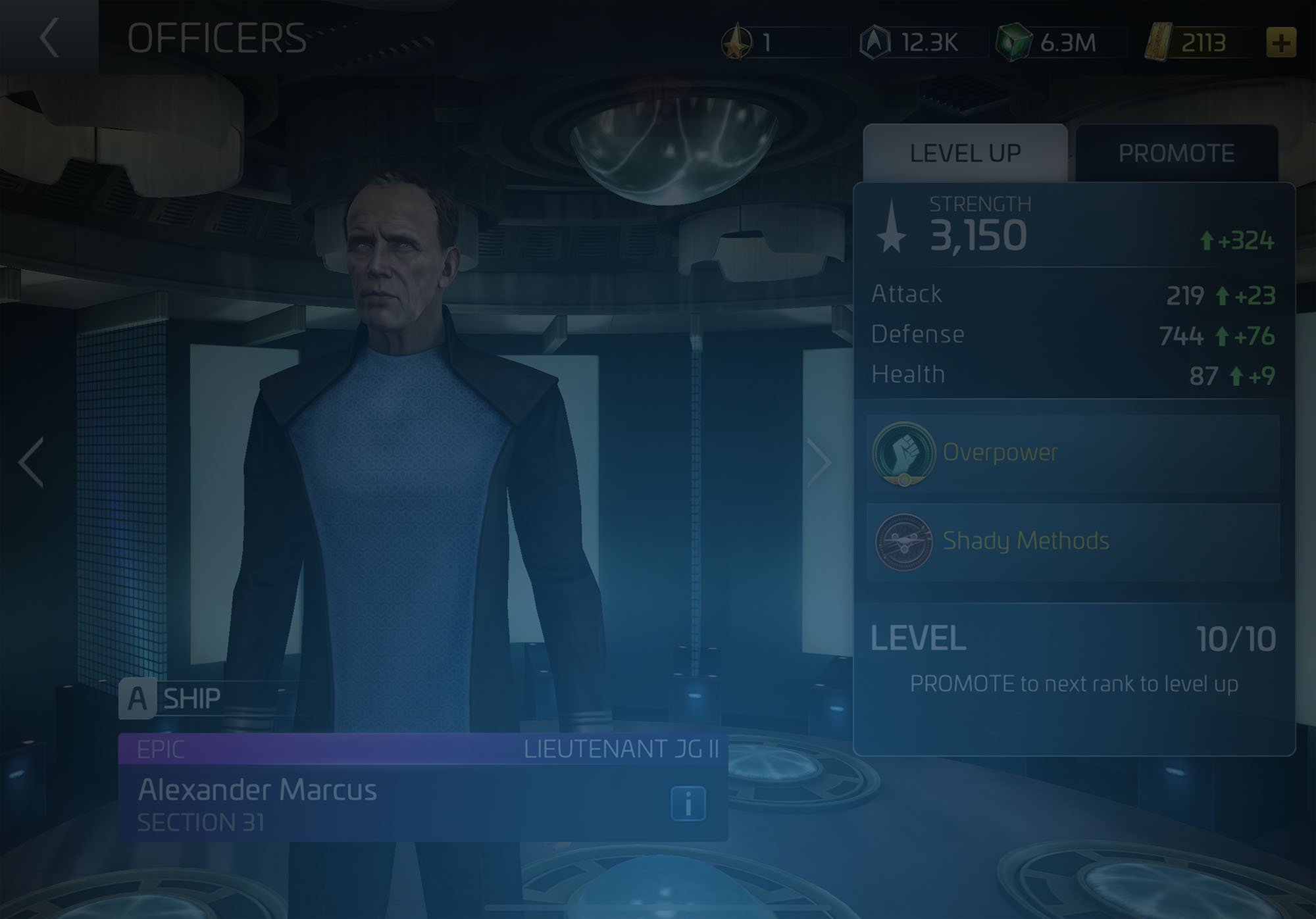 Alexander Marcus was a senior admiral in Starfleet and a member of Section 31, the clandestine organization hidden within the Federation. Admiral Marcus spearheaded the significant military build-up of Starfleet forces after the Nero incident; he viewed the Klingon Empire as a grave threat to the Federation, and believed war with them was inevitable.

Kirk and Khan worked together to put an end to Alexander Marcus’s scheme to strike the Klingon homeworld of Kronos, though the alliance didn’t last.

Captain Maneuver: Overpower
80% chance to inspire Morale when the opponent’s HHP is under 80%.

Officer Ability: Shady Methods
At the star of the battle, Alexander Marcus increases the Shield Piercing of the ship by 100% of the Defense of the crew on the ship.