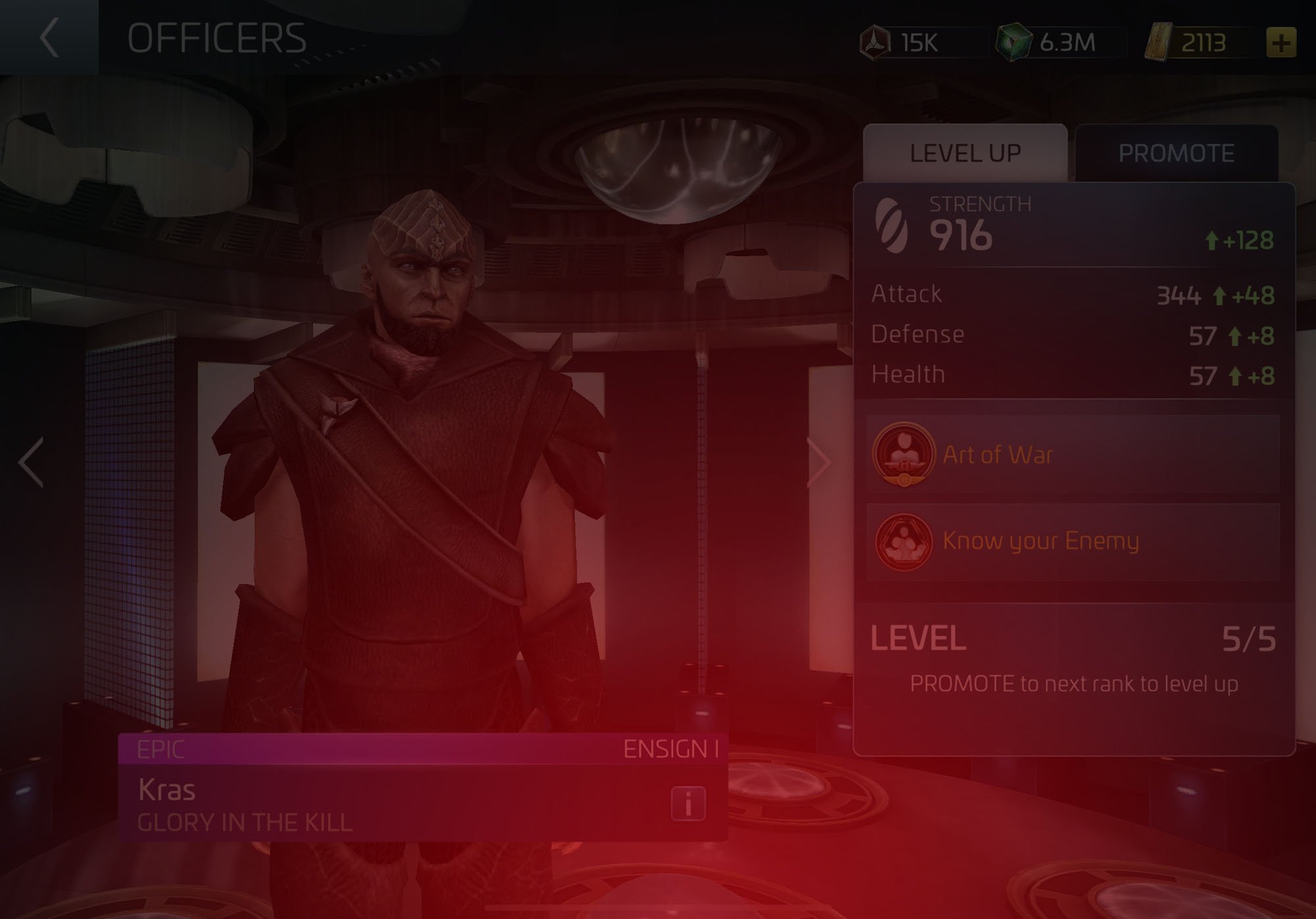 Kras has served in advisory roles for some time now; more a scientist and negotiator than a commander, but a warrior all the same. Behind many of the rising stars in the Klingon forces, Kras has quietly imparted knowledge and experience. Koloth, Kor, and Kang all count Kras as mentor in their early career. Recently, Kras has turned his attention to Klaa and his crew.

Officer Ability: Know your Enemy
– To all the stats of the opponent’s Bridge Officers

We use cookies to ensure that we give you the best experience on our website. If you continue to use this site we will assume that you are happy with it.OkPrivacy policy