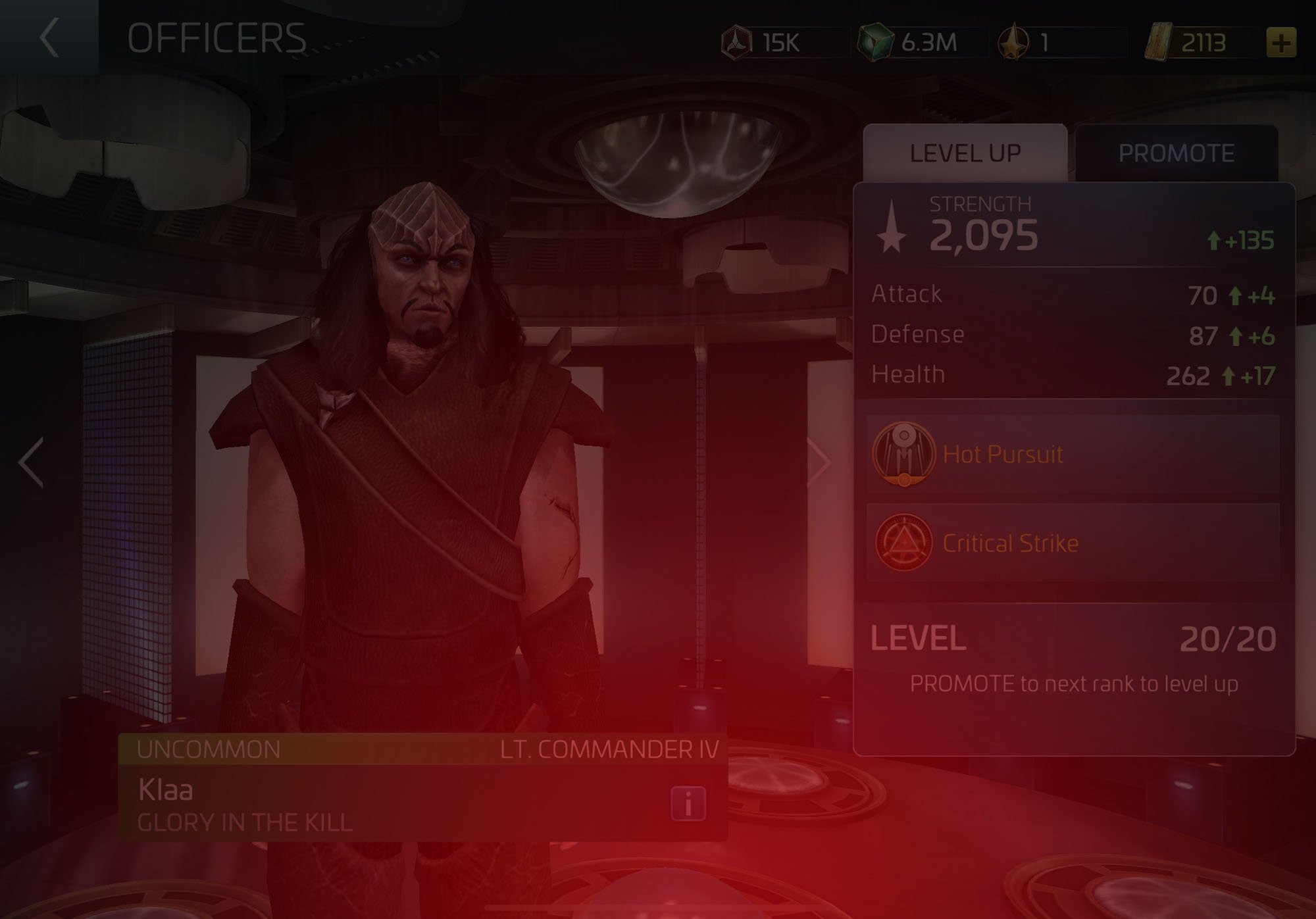 Klaa is a young and impetuous lieutenant in the Klingon Defense Force; his eagerness to prove his prowess and honor in battle has led him into some tricky tactical situations. Thus far, Kras‘s advice, Klaa’s loyal crew, and Klaa’s ferocity have earned only victories. This has only fed Klaa’s ambition.