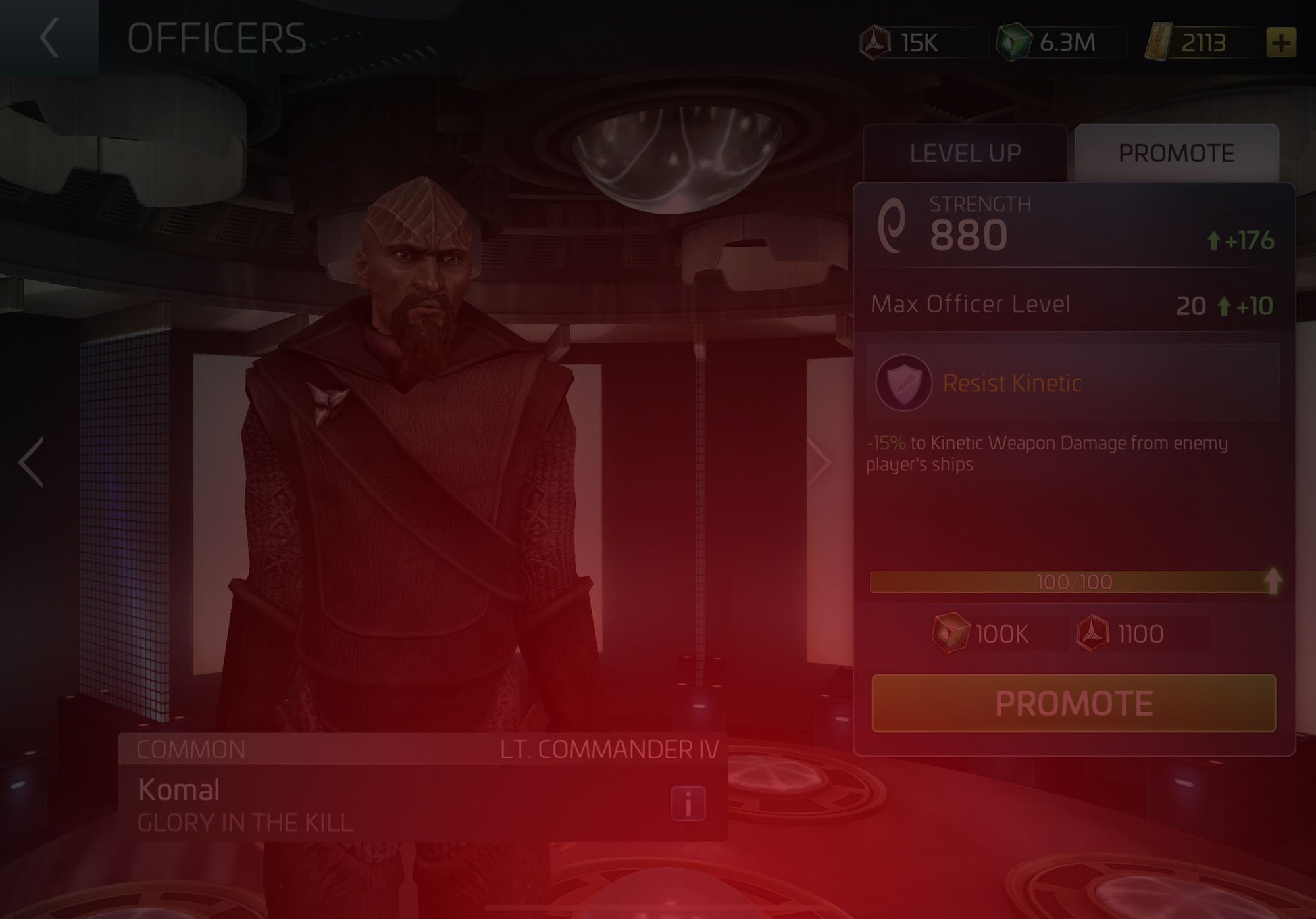 Komal is unusual among Klingons in that he actually prefers to be an engineer. He puts up a proper front when around his fellows, but in his heart of hearts, he’d rather be wrenching than fighting. He’s found success on Klaa‘s crew, as Klaa’s competitive nature and Kras’s measured attitude have worked in tandem to allow Komal to spend his efforts on engineering.