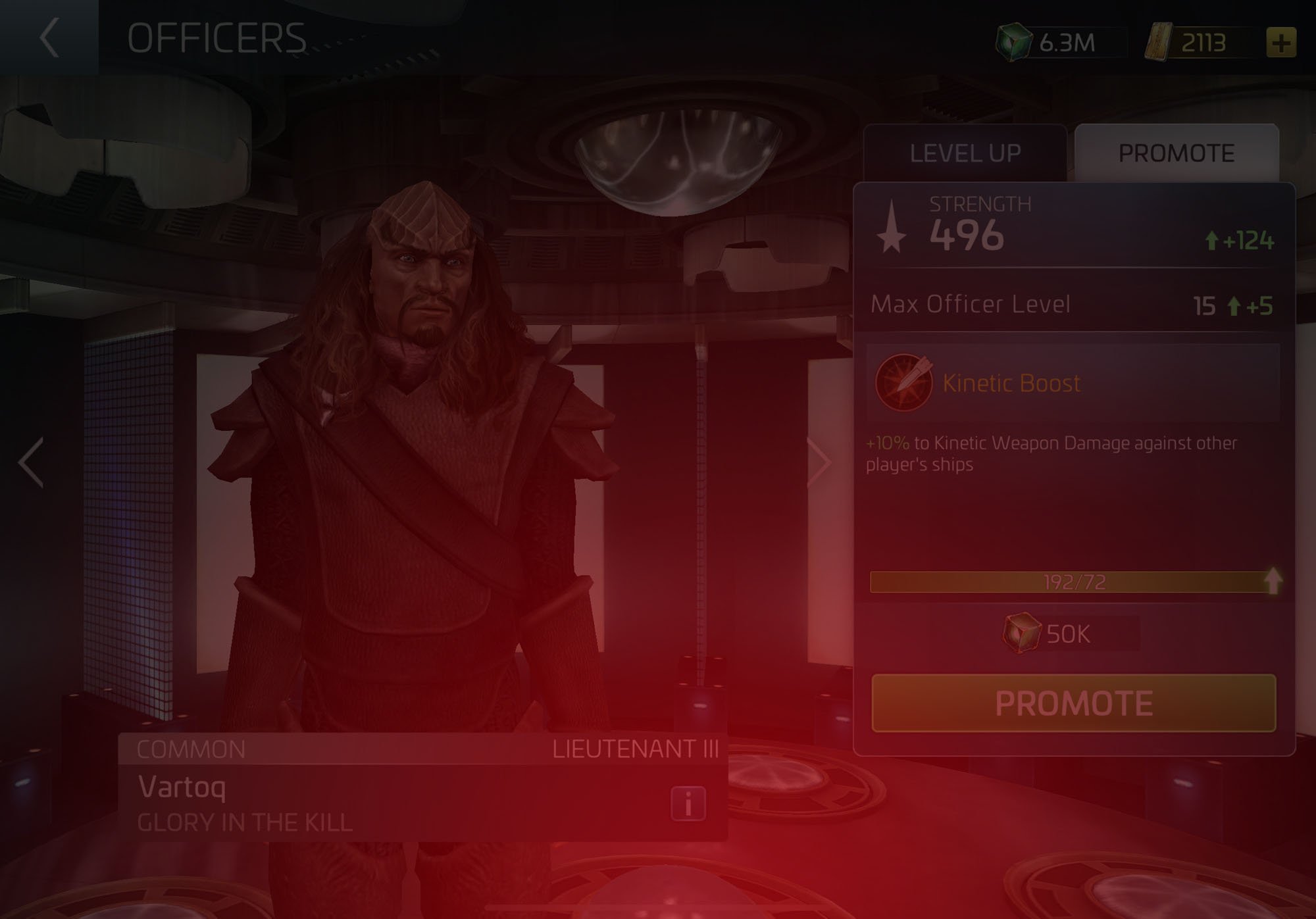 ‘Grim’ Vartoq is the sort of warrior his fellow Klingons respect but don’t like to be around. Incessantly somber and spiritual, Vartoq honors his fallen foes with shouts to warn the dead and battlefield rites. He rarely partakes in bloodwine, only sings in dirges, and seems to take no joy in earning honor, just the grim satisfaction in a job well done.