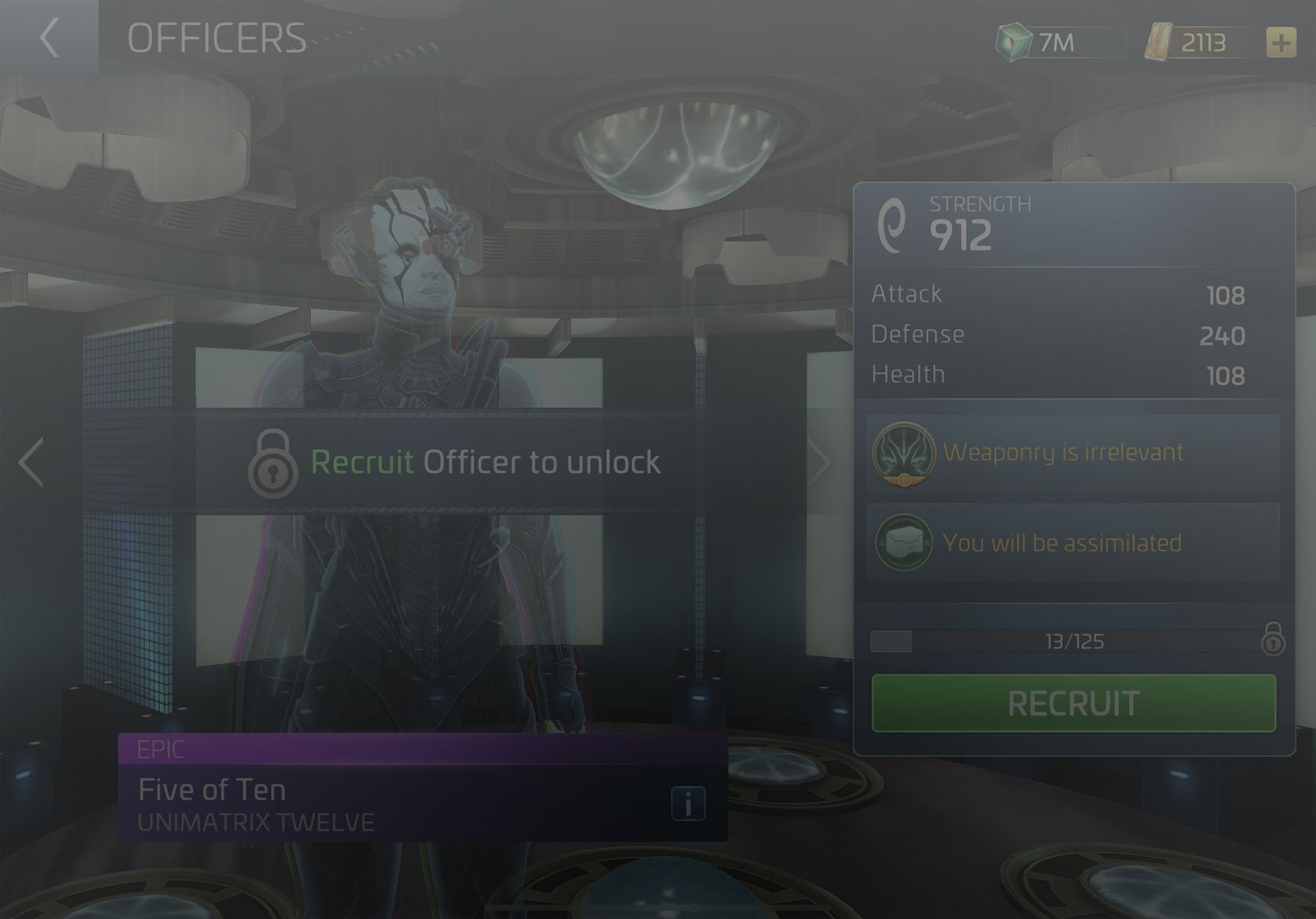 No amount of ferocity, determination or fighting spirit will save you when the Borg come. Jaylah learned this lesson the hard way. The once soft spoken Starfleet cadet, who so famously survived alone against Krall and his Swarm had finally met a foe she could not evade.

She was taken, along with several other of her fellow cadets and subjected to the horrors of Borg assimilation. As the last remnants of her free will were robbed from her, she cried a single tear. Not for herself, but for the friends she would be forced to hurt.

Captain Maneuver: Weaponry is irrelevant
200% of the crew’s Health bonus to Mitigation

Officer Ability: You will be assimilated
+ to resources dropped by hostiles