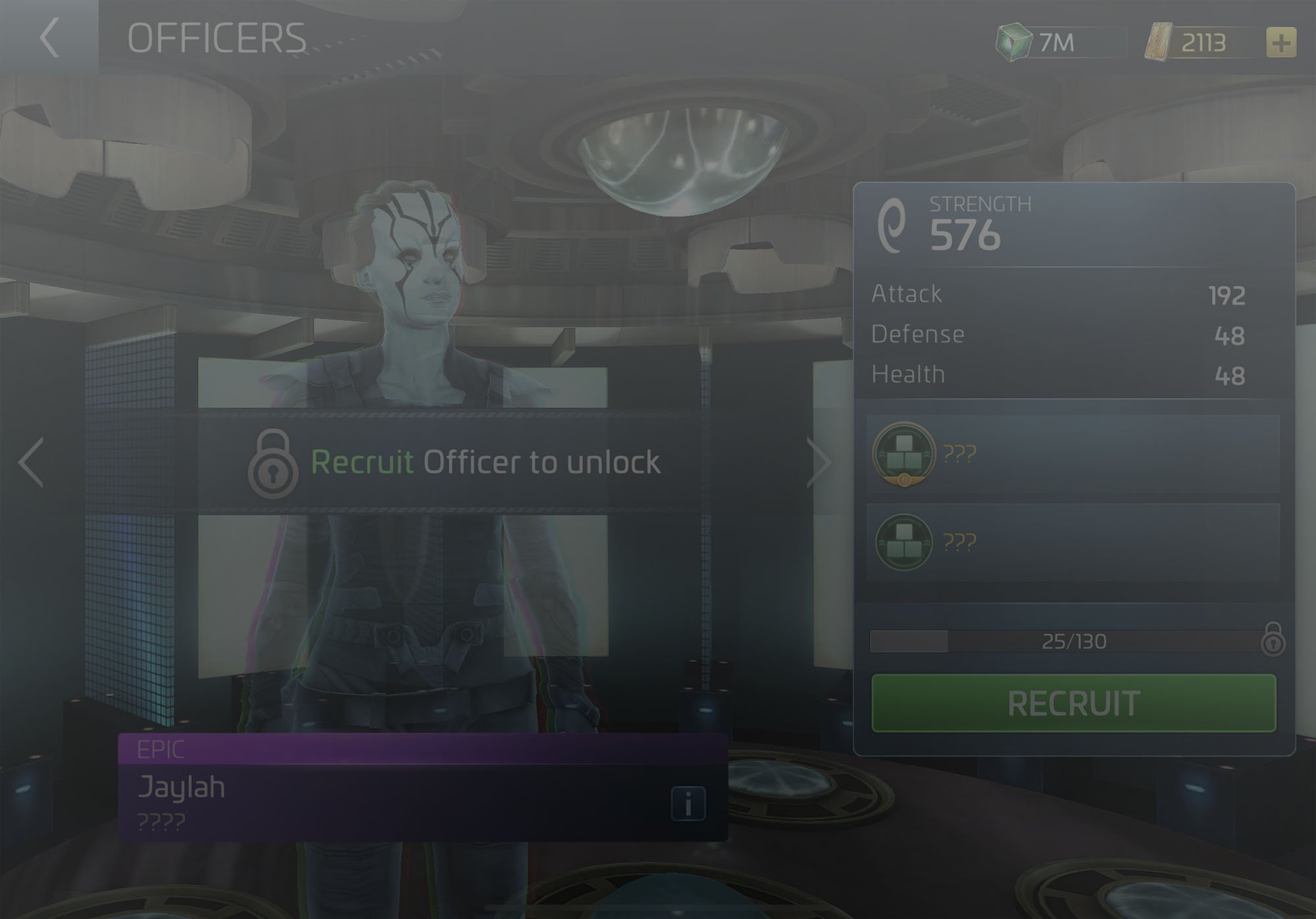 When Jaylah was born, her parents read the markings on her face, hoping to foretell something about their child’s life. Upon her face they read one word “Fierce”.

Jaylah is skilled, intelligent and incredibly strong willed. During her first encounter with the Swarm, her family’s ship was destroyed and her father killed by Krall and his men. Jaylah was left stranded on a strange planet with only her wits and skill to depend on. Not only did she survive this ordeal, she was instrumental in the eventual defeat of Krall and the Swarm.

Since then, Jaylah has committed herself to studying at Starfleet Academy. Despite her lack of social graces, she has proven herself to be a mechanic and fighter without equal among her fellow students. Her bravery, ferocity and unwavering determination will ensure a bright future wherever it takes her.

Captain Maneuver: Scavenger
Jaylah increases the amount of resources you get from killing hostiles by 100% while on the Franklin and Franklin-A. 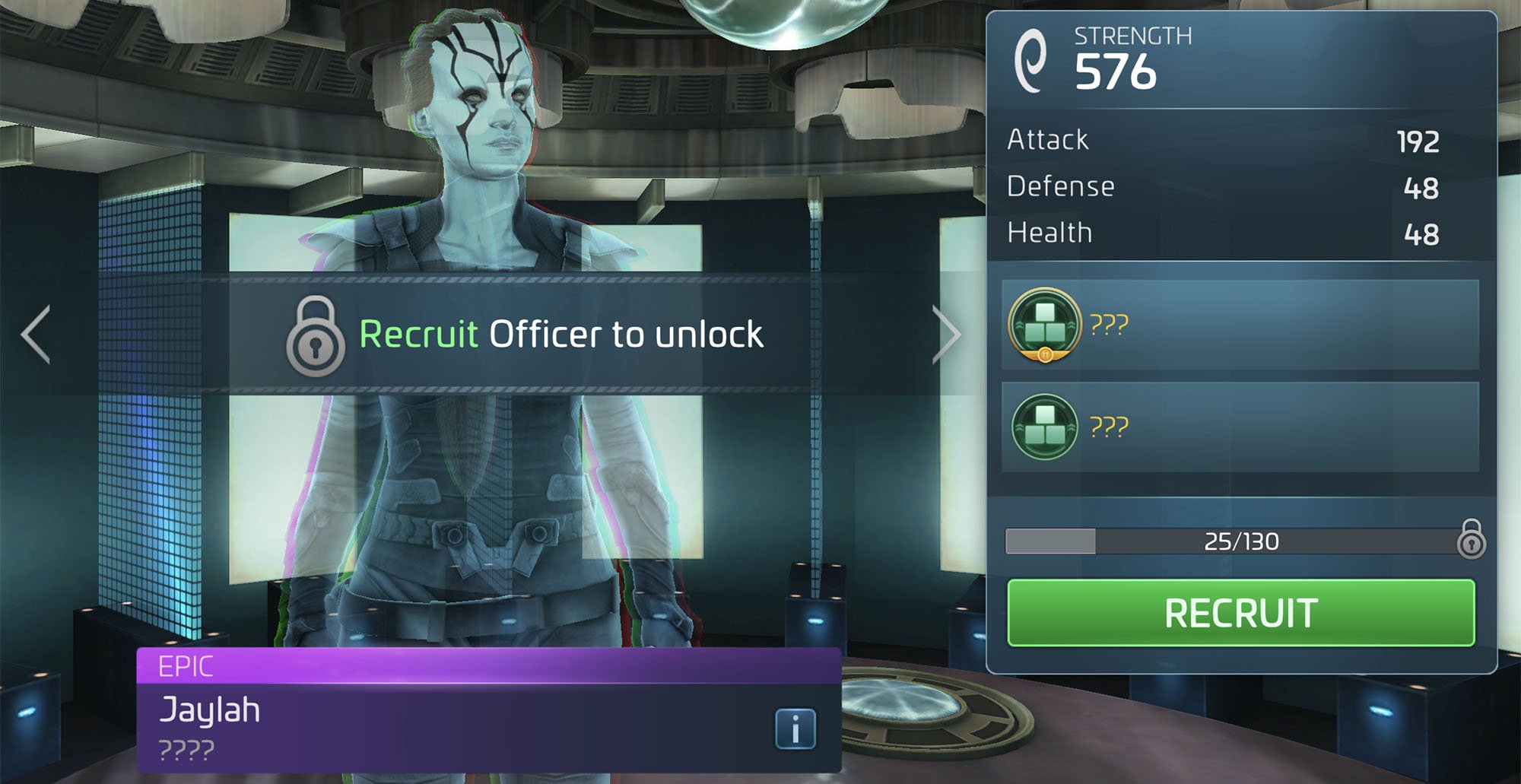