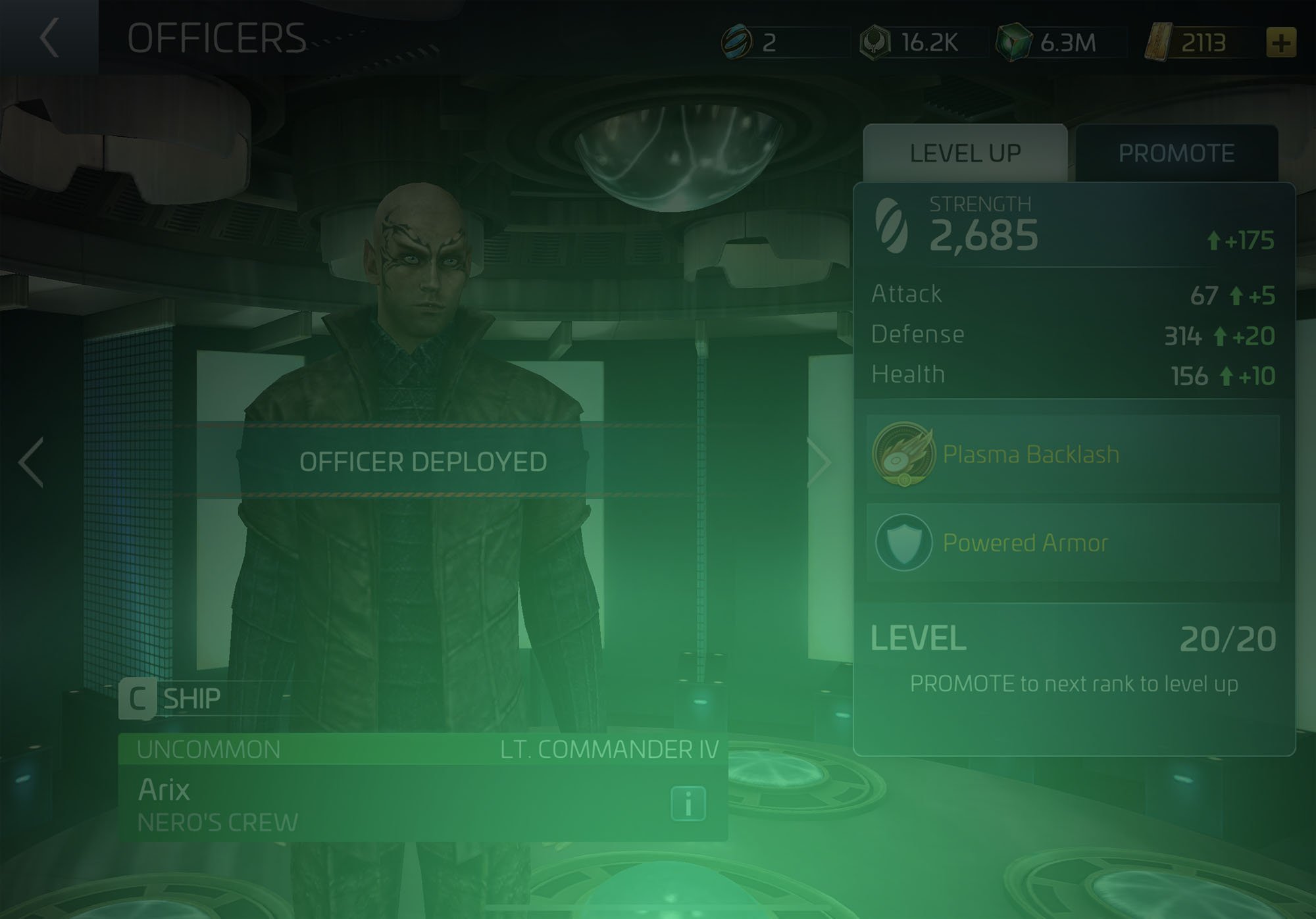 Arix never lost his sense of patriotism, but he found the flame of vengeance burned out in him after Nero’s fall. Together with Vella he journeyed to the alternate Romulus and found a world familiar yet different. His love for Vella swept him along in her scheme to end the Enterprise, but he ultimately betrayed her purpose, paving the way for Kirk and Spock to escape, and the remnants of Section 31 to acquire the last portion of red matter.

Captain Maneuver: Plasma Backlash
10% chance to cause Burning to the opponent after hitting it with an energy weapon.

Officer Ability: Powered Armor
+ to Armor when the ship has less than 70% Hull Health