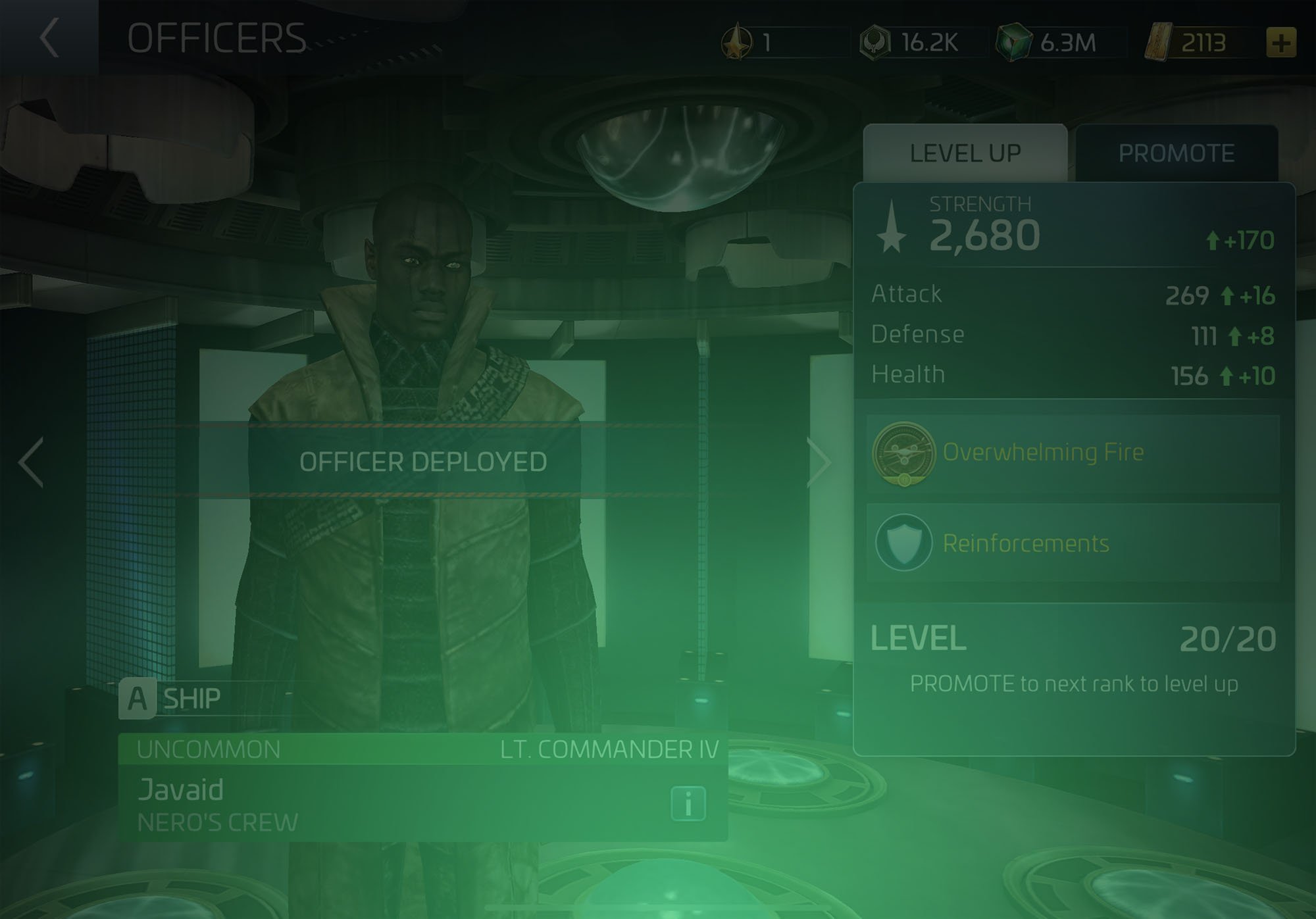 Javaid organized the ore mining teams when the Narada was a simple mining vessel. Most of his team thought he was tough but fair. When Nero took the Narada through the black hole into the past, Javaid traded out the mining lasers for plasma rifles, and started organizing security teams.

Officer Ability: Reinforcements
+ to Armor if the ship is a Battleship