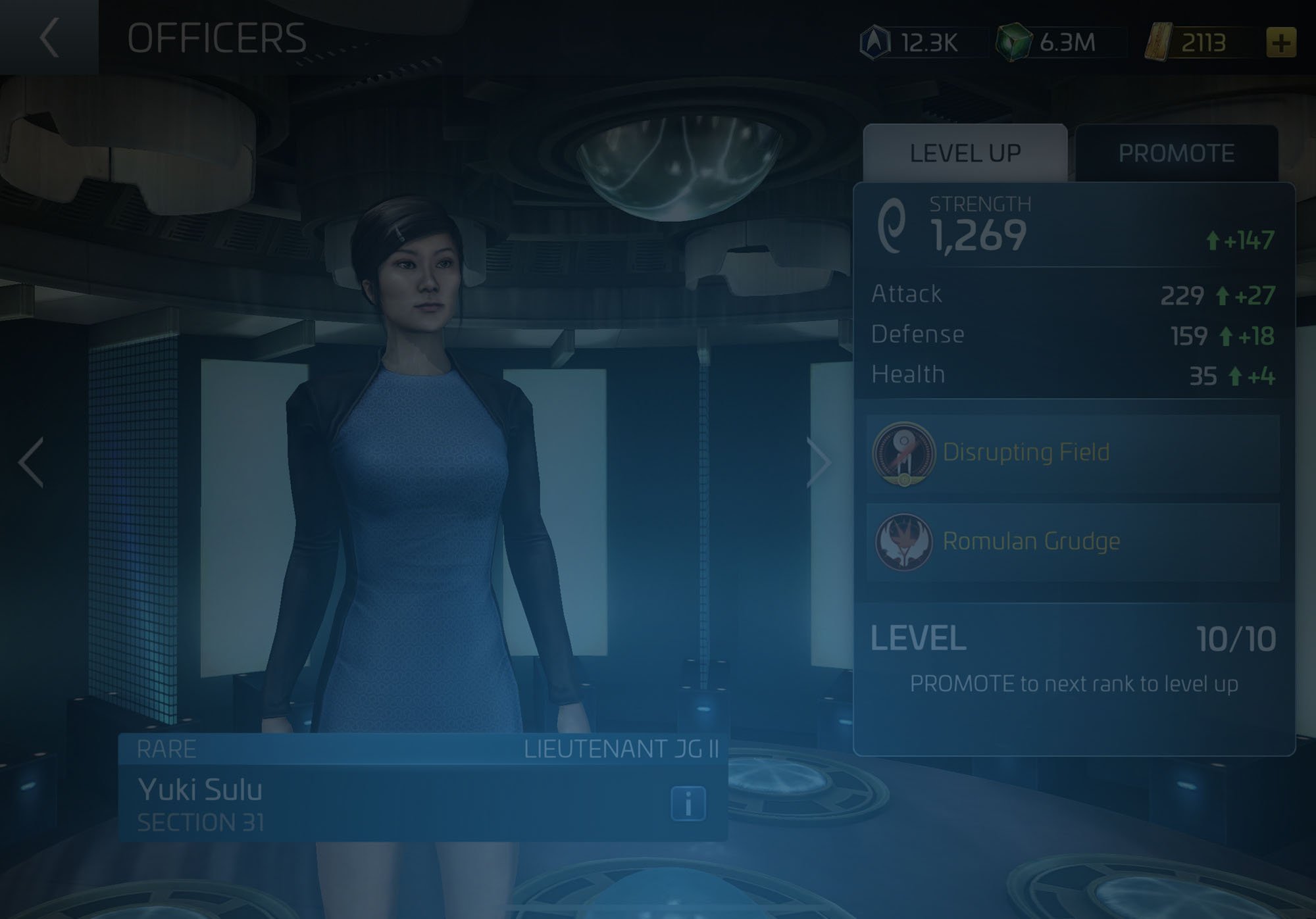 Since joining Section 31, Yuki Sulu, Hikari Sulu’s sister, has been involved in the management of John Harrison and an operation that resulted in a significant portion of both the Klingon Empire and the Romulan Star Empire’s navies being destroyed, as well as the recovery of the last piece of red matter.

Captain Maneuver: Disrupting Field
-10% to the Shield Health of the opponent’s ship each round

Officer Ability: Romulan Grudge
% of the crew’s Health bonus to Damage against Romulans