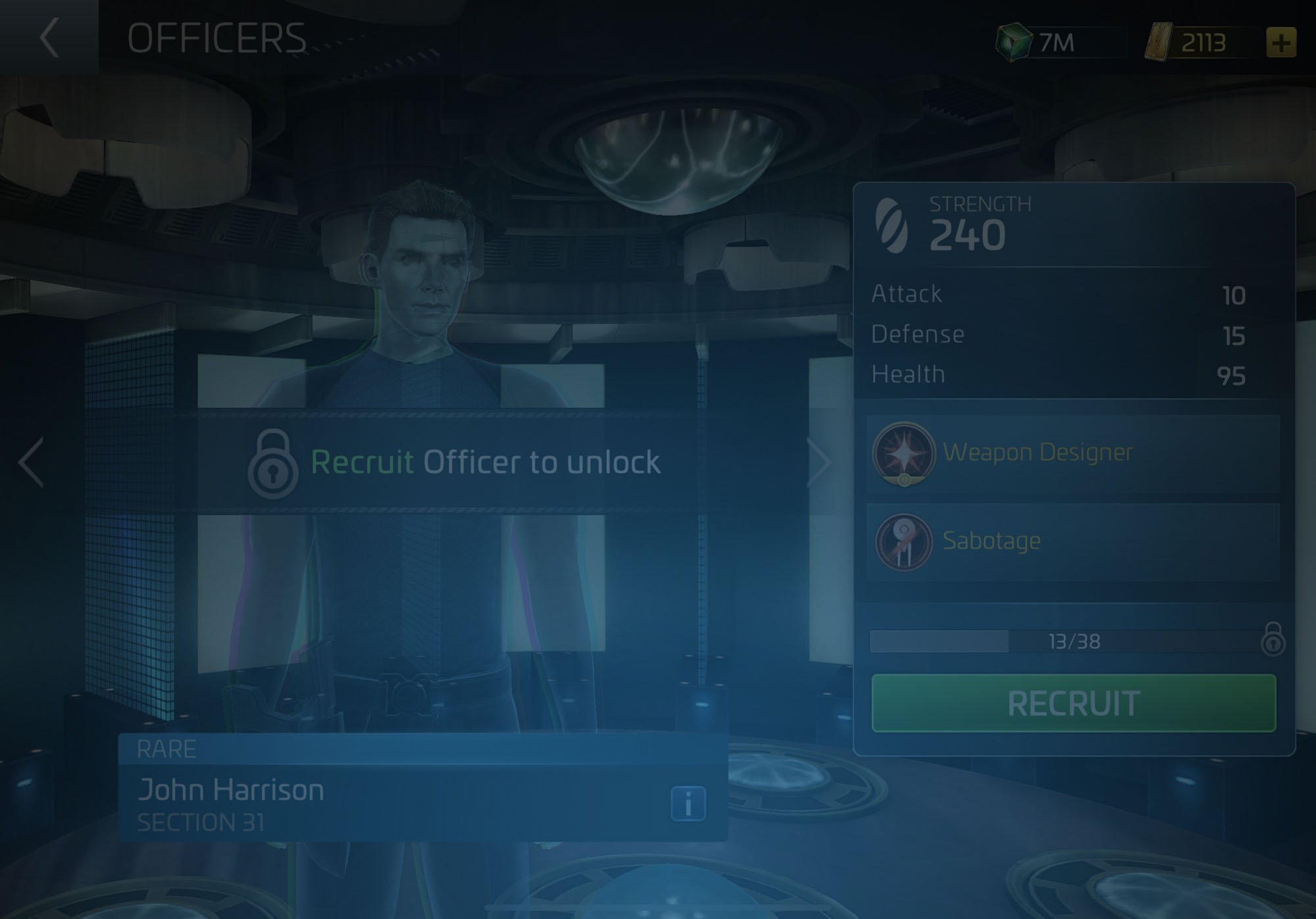 John Harrison is the identity that Section 31 placed on Khan Noonien Singh’s mind after they discovered the Botany Bay; they also altered his face and appearance, to give him fewer connections to his past.

Eventually, Khan‘s own personality emerged, and he rebelled against Admiral Marcus’s controls.

Officer Ability: Sabotage
% of the opponent’s Shield ignored for the first round of combat.