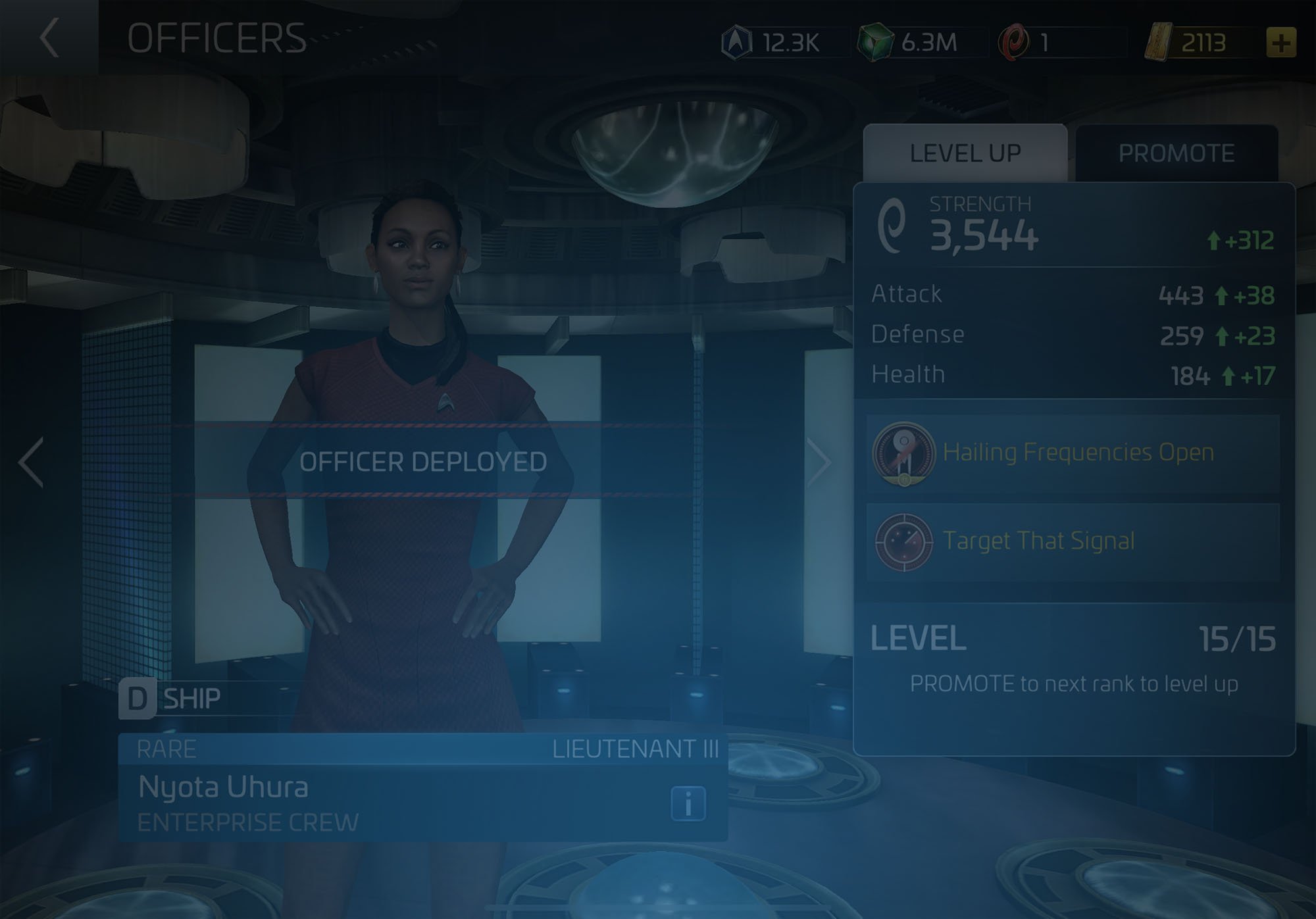 Nyota Uhura is the Chief Communications Officer aboard the Federation flagship, the USS Enterprise. She met James T. Kirk and Spock at Starfleet Academy in 2255 and went on to serve with them on their five-year mission.

Uhura has an incredible talent for xenolinguistics, showing an acute capability to recognize multiple alien languages and engage in spoken Klingon.

She was instrumental in the detection of Nero’s attack on Vulcan and was a key player in the capture of Khan Noonien Singh on Kronos in 2259.

Captain Maneuver: Hailing Frequencies Open
50% chance to delay opponent’s fire by 1 round when the Shield is depleted

Officer Ability: Target That Signal
+ to this ship’s Accuracy