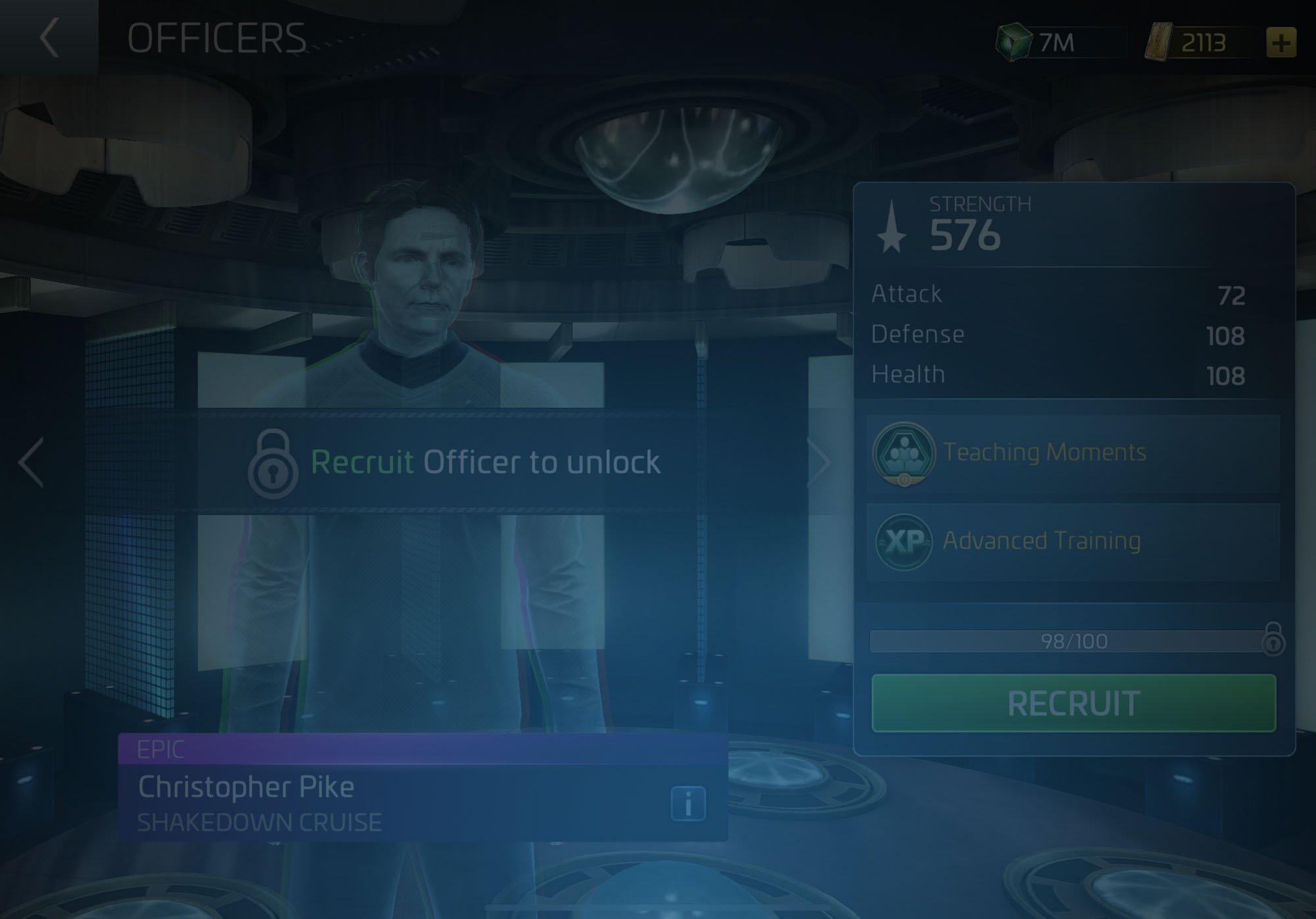 The first captain of the USS Enterprise, Christopher Pike is known for being strong, defiant and unwaveringly loyal to Starfleet. He was forced to give up command of the ship when he was taken captive by Nero. After the defeat of the Narada, Pike was promoted to the rank of Admiral and continues to serve as one of Starfleet’s most decorated and well-respected officers.

Captain Maneuver: Teaching Moments
+20% to the effectiveness of all bridge officer abilities 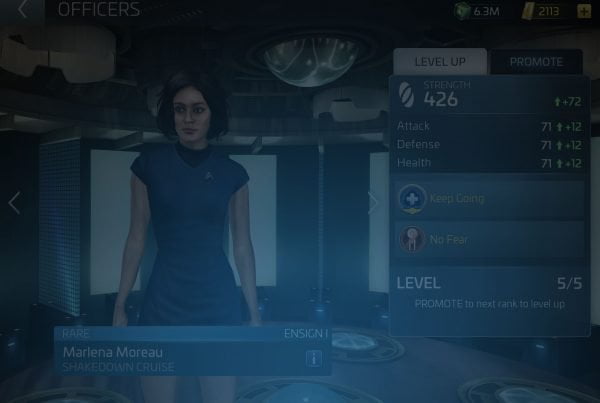 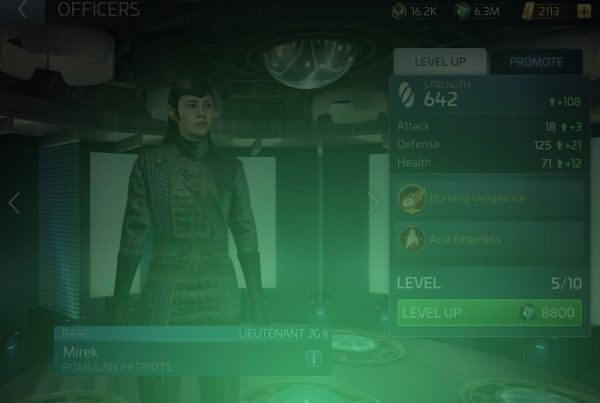