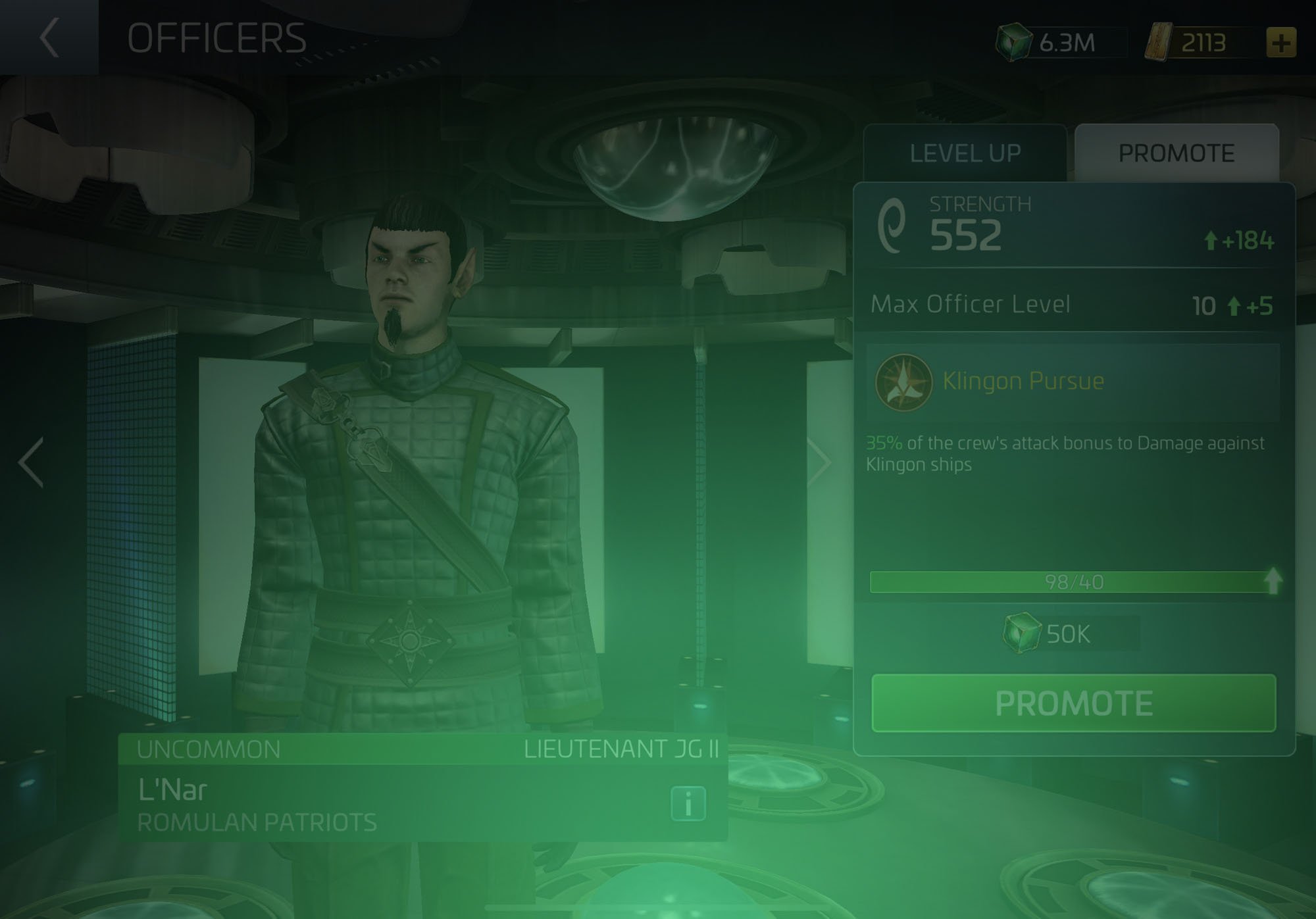 L’Nar led a failed attempt to destroy the heart of the Romulan Empire; he allied with Section 31 to launch an assault on Qo’nos and attempted to deposit the last remnant of red matter in the High Council chamber. Unfortunately, he chose his allies poorly, as Section 31 ultimately betrayed him and stole the red matter.

Captain Maneuver: Romulan Health
+20% to the Health of the Bridge Officers