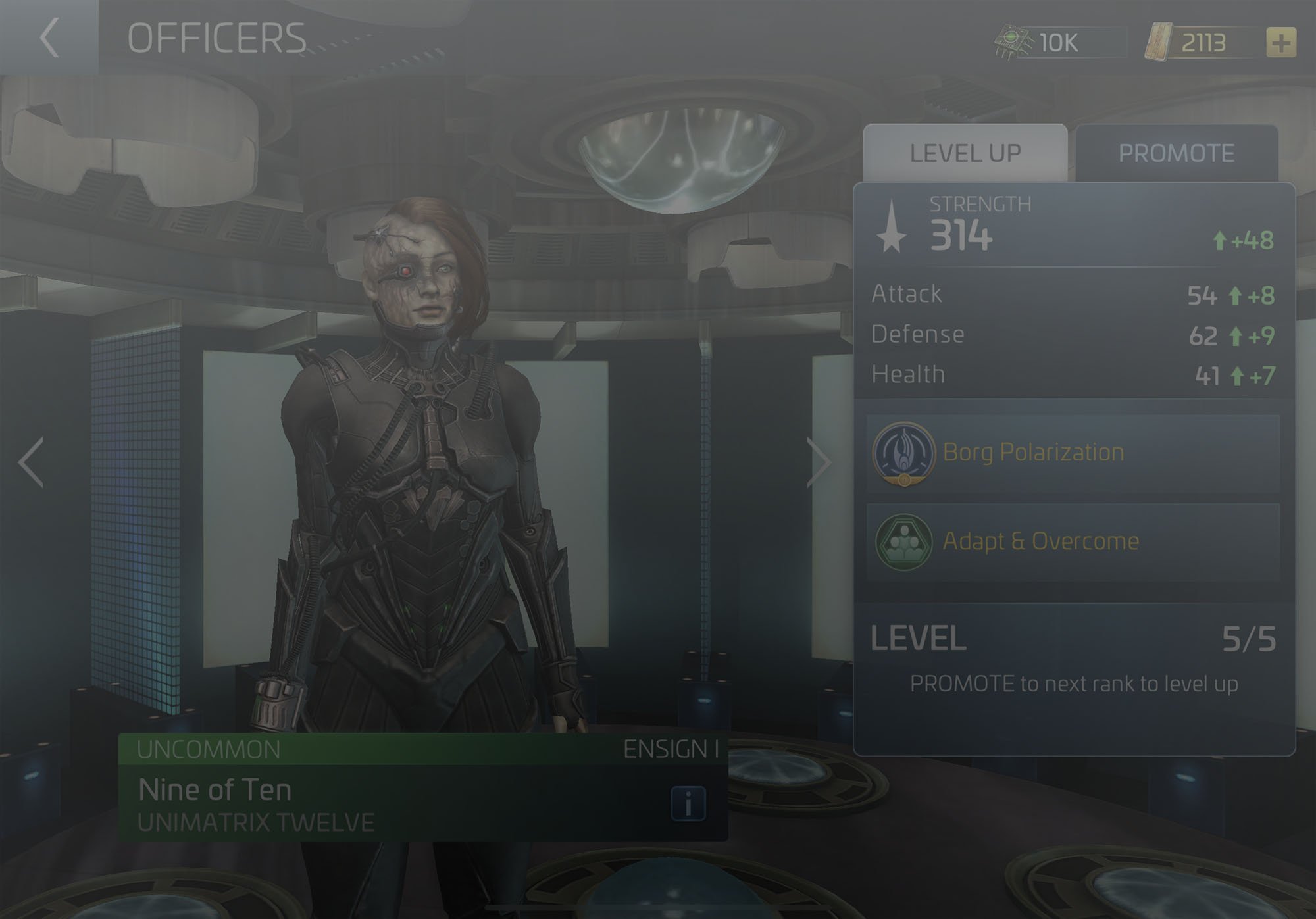 When the USS Sterling went missing in action at the borders of Borg-occupied space, Cadet Gonzales was among the first crew assigned to investigate the ship’s disappearance. However, it was not long before members of this search party were greeted with the same fate as the Sterling’s crew – a forced, painful assimilation into the Borg Collective. Lucia Gonzales is dead. All that remains is Nine of Ten, Septenary Adjunct of Unimatrix Twelve.

Officer Ability: Adapt & Overcome
+ to the Defense of all Officers on the Ship