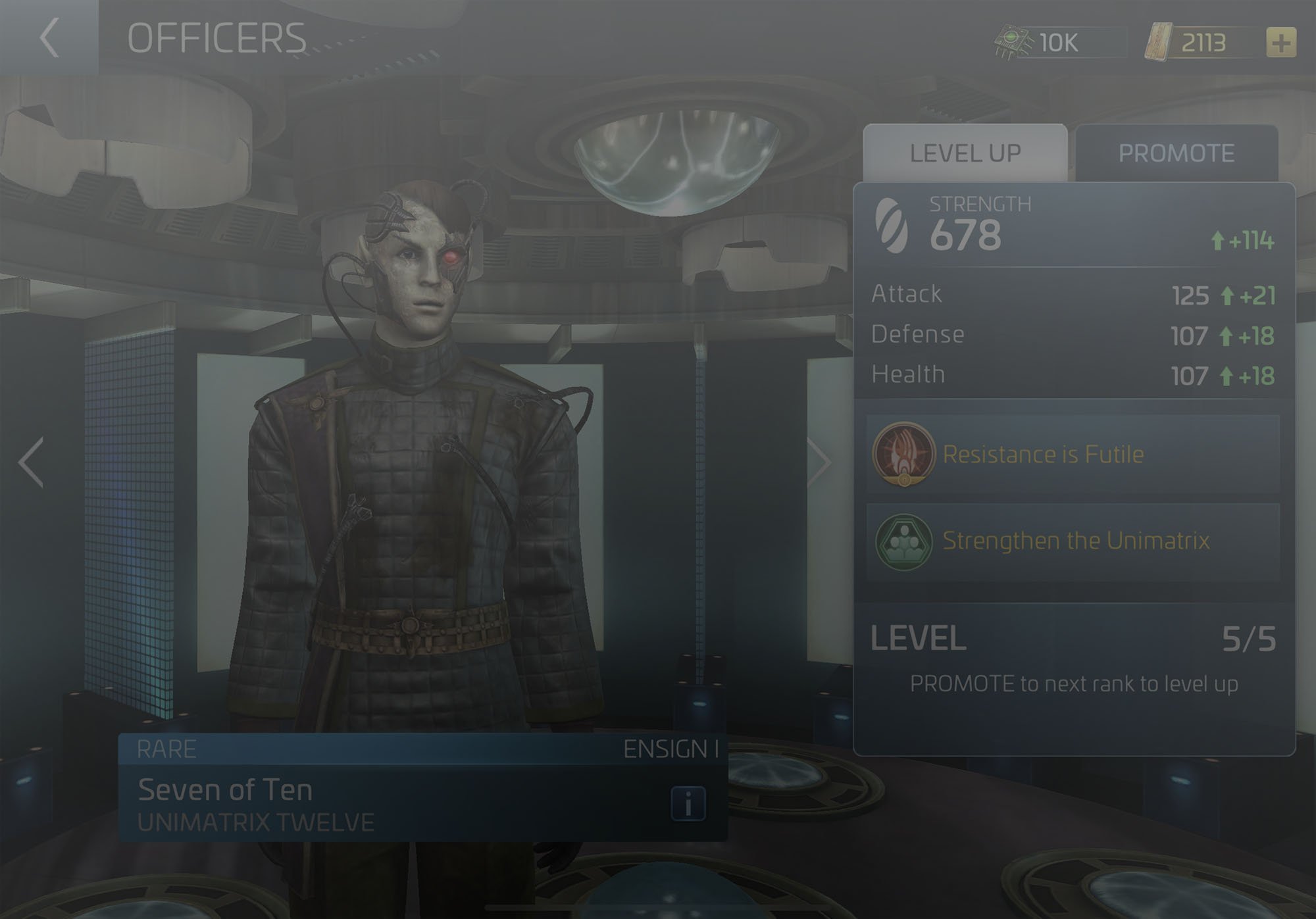 Even the Romulan Empire, with all of its power, cannot stop the unrelenting Borg assault. In the initial days of the invasion, the Romulans were content to watch from the sidelines as their enemies were assimilated, relying on their famed defensive fleets and intelligence agencies to protect them.

They were mistaken. Decius, once a proud leader in the Romulan military, was taken captive by the Borg during a routine patrol of the Neutral Zone border and became Seven of Ten.

The Romulan had no warning and no chance of victory against a Borg Cube. Decius was subjected to the horrifying assimilation process and was forced to turn his brilliant strategic mind against his homeworld.

Officer Ability: Strengthen the Unimatrix
+ to the Health of all Officers on the ship