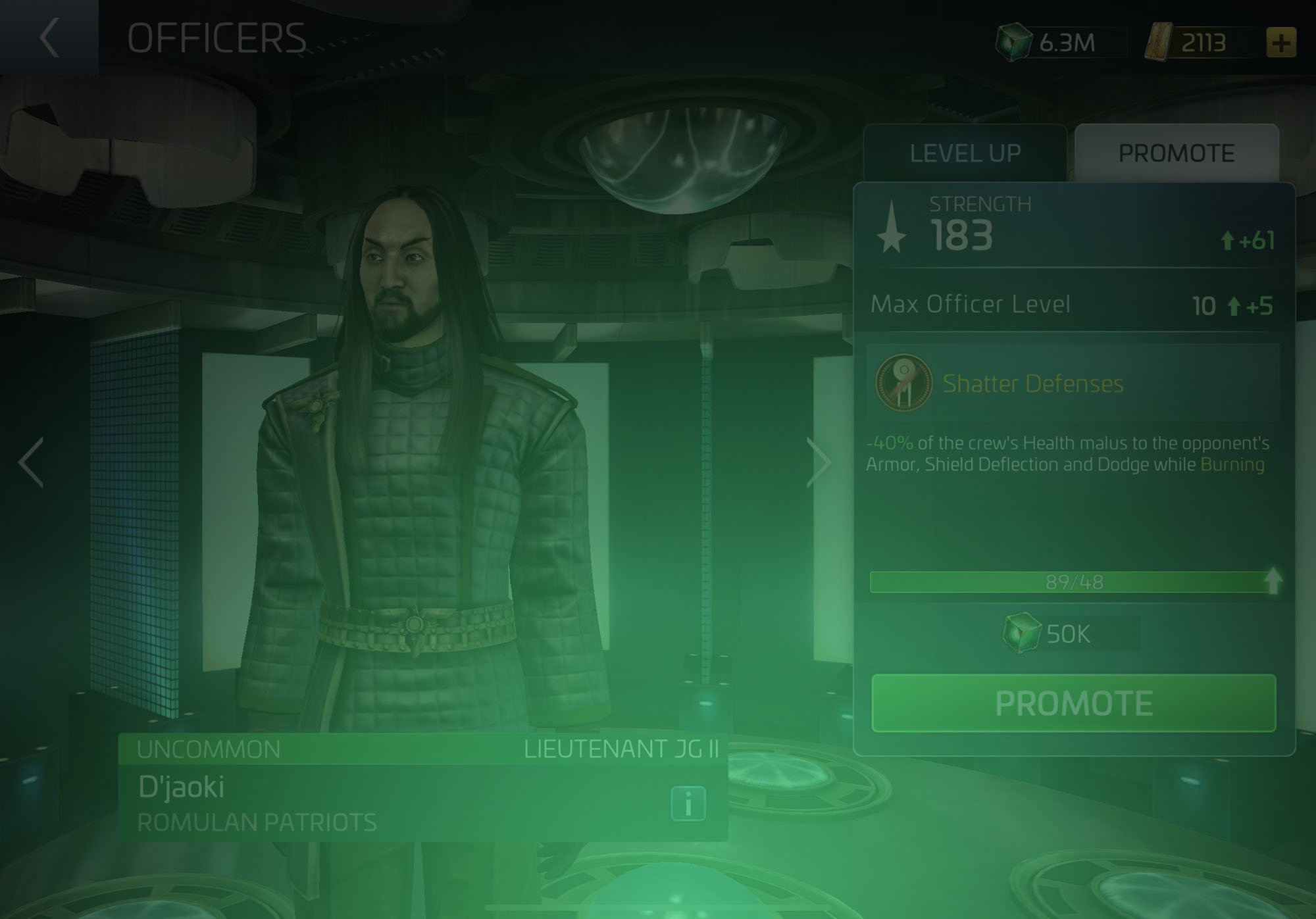 D’jaoki relishes the adrenaline of combat, the exhilaration of pitting one’s strength against a foe’s and the thrill of a well fought victory. The idea of leaving this behind to sit, safe on the homeworld, disgusts him. While he eventually accepted command of his own starship, he outwardly preferred the company of the rank and file crew than that of his superiors.

Captain Maneuver: War of Endurance
+10% to the Officers Health for 1 min after winning

Officer Ability: Shatter Defenses
– of the crew’s Health malus to the opponent’s Armor, Shield Deflection and Dodge while Burning