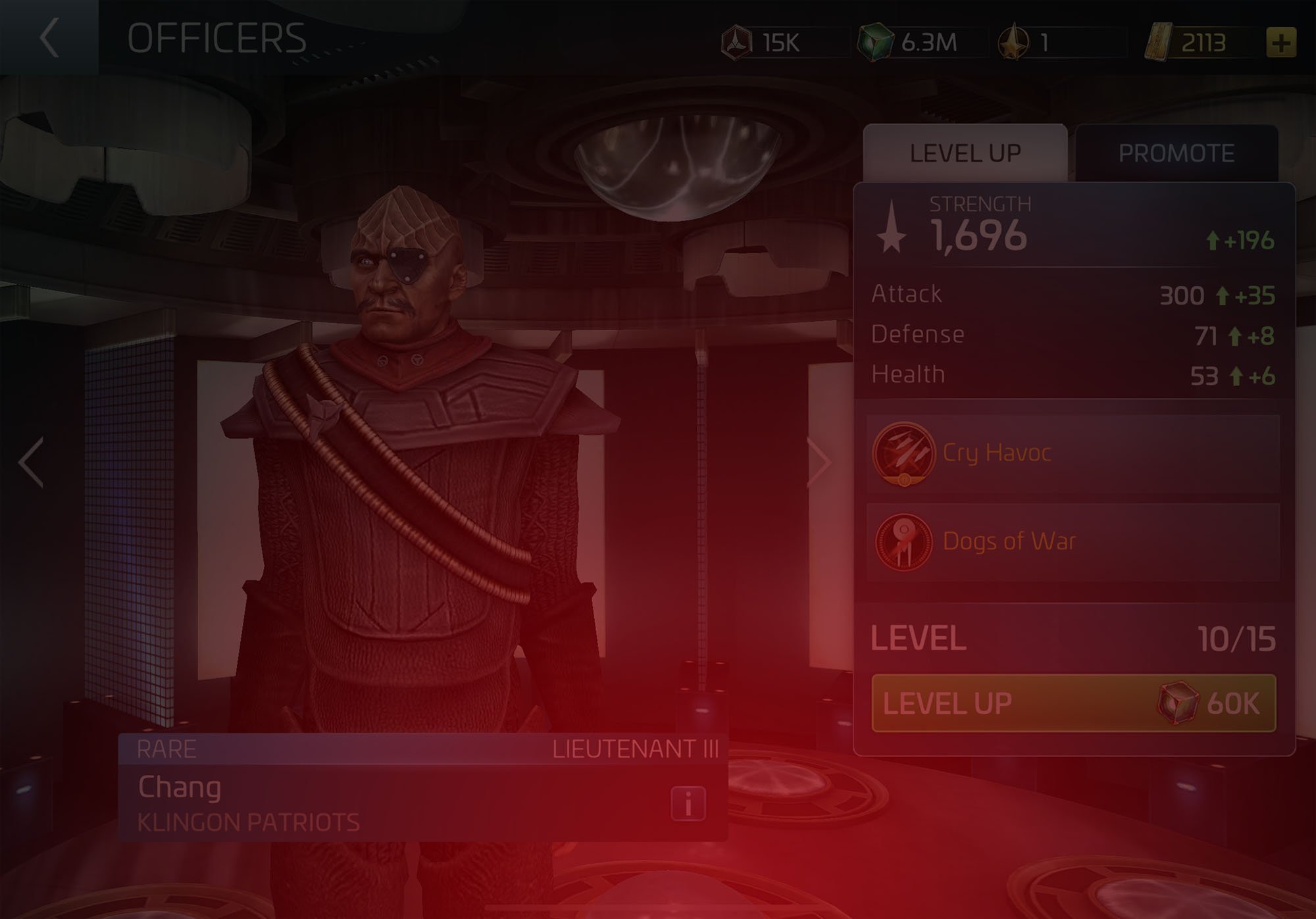 Chang is a Klingon of the old ways through and through, despite his cultured affectation. He is seen as merciless by the enemies of the Empire, as he has repeatedly fired upon fleeing vessels, civilian ships, and escape pods.

Captain Maneuver: Cry Havoc
+10% to Damage if the opponent’s Hull Health under 60%

Officer Ability: Dogs of War
chance to delay opponent’s weapon fire for 1 round with a Critical Hit on a Hull Breach