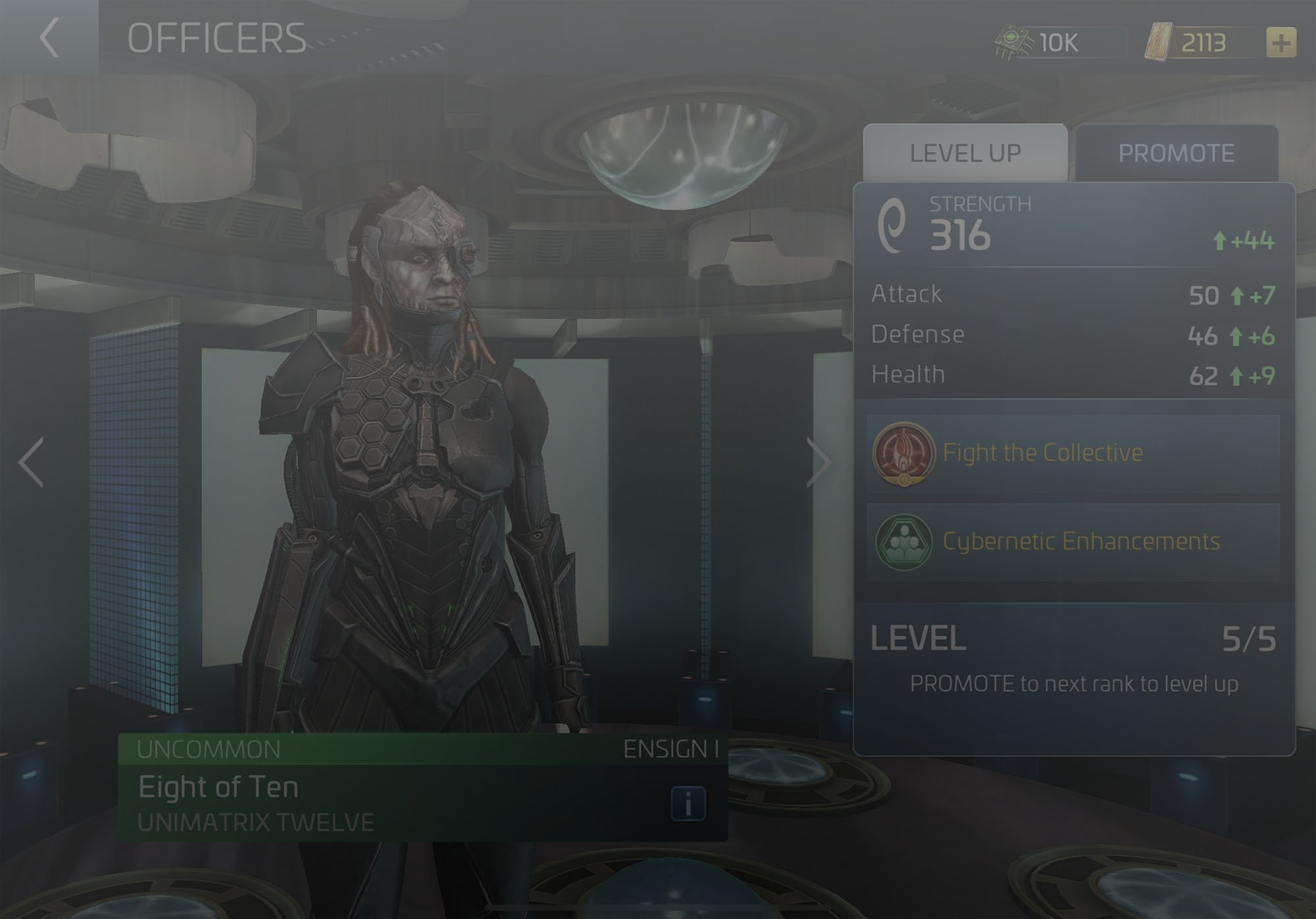 During the Borg onslaught, Azetbur took it upon herself to covertly enter Borg-occupied space in an attempt to study and understand this dangerous new enemy. Unfortunately, her curiosity would prove treacherous, as she was quickly captured and assimilated into the Collective.

Where Azetbur, daughter of Gorkon, of the House of Makok once stood, there now remains only Eight of Ten. Tormented by the loss of his daughter to the Borg Collective, Chancellor Gorkon will stop at nothing until she is returned to her former self.

Officer Ability: Cybernetic Enhancements
+ to the Attack of all Officers on the Ship